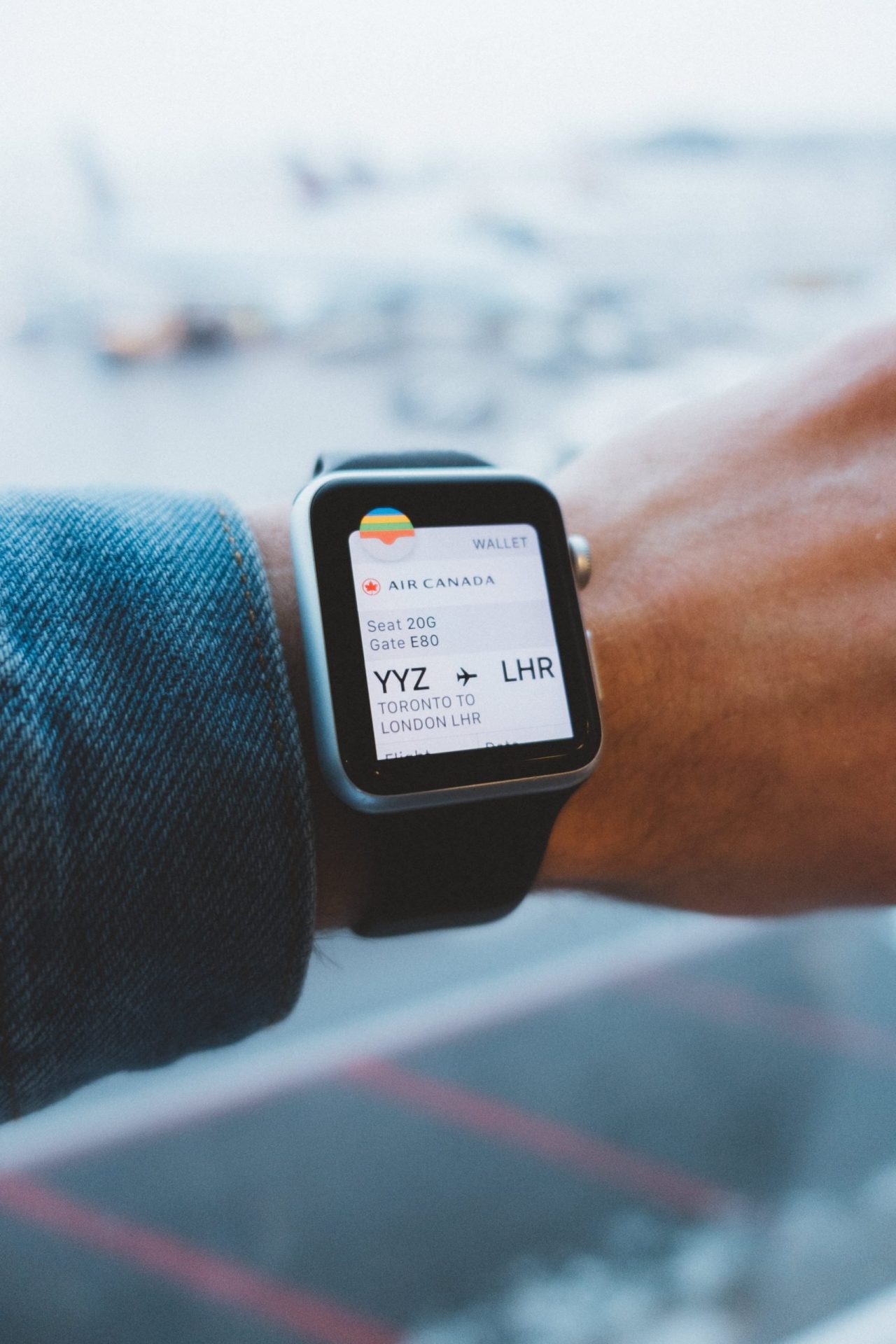 Planning to hop on a plane to destinations like New York City or Los Angeles, or even further afield to countries such as Mexico, France or Hong Kong? How do you get to the airport?

The largest and most populous city in Canada, the Ontarian capital of Toronto boasts a huge and complex transport system to match the sheer amount of people – both residents and visitors – getting about this magnificent metropolis each and every year.

Cosmopolitan and thrillingly vibrant – it is the most ethnically diverse city in the world – Toronto draws over twenty-five million tourists per annum. But what if you want to go the other way?

Hop on a plane to one of the few larger cities on the planet such as New York or Los Angeles, or even further afield to countries such as Mexico, France or Hong Kong? Do the airports provide flights to these places, and if so how do you get to the airport?

Located in the City of Mississauga, about twenty kilometres northwest of the city’s downtown area, Toronto Pearson International Airport offers everything a traveller will ever need. From its humble beginnings as Malton Airport in 1937 – which necessitated the purchase of land from thirteen farmers to build a small runway, and used local resident Mr Frank Chapman’s old farmhouse as a terminal – it has grown into an internationally-renowned aviation behemoth. Famed for its size, architecture and amount of passenger traffic, Pearson (its name was changed in 1984, in honour of Nobel Peace Prize recipient and former Canadian Prime Minister Lester B. Pearson) sees close to forty million people – more than the entire population of the country – use its facilities every year, with two terminals handling nearly half a million flights via seventy-five airlines to one hundred and eighty destinations all over the world, making it Canada’s biggest and busiest airport.

If Pearson didn’t boast enough, the city also has another high-class facility right at its heart: Billy Bishop Toronto City Airport, nestling on the western tip of Toronto Islands, opened its lone terminal in 2010. Taking its name from the World War I flying ace and Victoria Cross recipient William Avery ‘Billy’ Bishop, the airport has been in operation in various forms since 1939.

Compact and attractive, it acts as a key locale for air ambulances and civil aviation craft, and serves as a reliable alternative to Pearson – and also helps reduce passenger flow through its larger neighbour – with over two million business and leisure travellers using its services annually via two carriers (Air Canada Express and Porter Airlines) with their fleet of turboprop planes.

The island airport has won numerous awards, including being one of Private Fly’s Top Ten Most Beautiful Airport Approaches, and offers flights to two dozen Canadian and U.S. cities and acts as an important gateway for people wishing to fly on to connecting hubs leading to more than eighty international destinations.

The Greater Toronto area contains a total of ten airports, all of which provide an array of services and flights ranging from scheduled passenger services, civil aviation, flight staff training and private shows.

Along with the aforementioned Toronto Pearson and Billy Bishop, the two other airports which serve flyers are Hamilton (John C. Munro Hamilton International Airport, located in Mount Hope, Hamilton) and Waterloo (Region of Waterloo International Airport in Woolwich Township); both are significantly smaller but run seasonal long-haul flights – for example to Cancun in Mexico – along with cargo operations and inter-city short hops.

Once you’ve decided on which of the two main airports to use, getting there is the next step.

Toronto Pearson is superbly placed to make the most of the city’s transport infrastructure, tucked as it is in the Golden Horseshoe and at the intersection of several of Toronto’s major highways, including the east-west 401 and the north-south 427. Driving to the location is easy from anywhere within the city via the network of roads, and parking for private vehicles is available either on site via airport-owned services or through a number of private companies situated around the perimeter; prices vary but a range of options are to be found, including park and ride shuttle buses, value parking lots and direct-to-the-terminal-door valet deals.

From the northern side of the airport, where a number of the aforementioned value lots can be found, as well as a multi-storey parking garage, travellers can take the LINK Train which leaves the nearby Viscount Station and runs to both terminals 1 and 3 (Pearson does not have a Terminal 2). The LINK is free and wheelchair accessible, and runs twenty-four hours a day, seven days a week to ensure passengers parking on the outskirts of the airport make their flights on time.

Opened in 2015 for the Pan American Games, the Union Pearson Express does what it says on the tin: carries passengers at speed from Union Station in downtown Toronto to the station at Pearson’s Terminal 1, which is conveniently located right next to Viscount Station and the LINK Train for Terminal 3. The 22-kilometre journey from the heart of the city takes just 25 minutes and sees an average of 2,500 people ride the service every day – proving it is an ideal option for those who don’t have (or don’t wish to take) a car.

Meanwhile, a number of public transportation options are available in the Greater Toronto Area, with several companies providing services to get you from the suburbs to the terminal you require. The TTC (Toronto Transit Commission) is the only company to operate out of both terminals, offering express bus and subway journeys to Pearson from downtown Toronto, including the ‘Airport Rocket’ bus from Kipling Station which takes just 25 minutes and runs all day, every day. For terminal 1, Brampton Transit and MiWay provide bus services while GO Transit offers bus and train routes from most suburban areas of the city to the airport.

Billy Bishop Toronto City Airport, despite its comparatively tiny size, is almost as popular as Pearson due to its raft of budget airlines which make it ideal for weekend getaways to several US cities, business hops or making your way to far-flung Canadian provinces.

Ease of access, though, has been a major factor in its continued growth and success, with its location just off the city’s foreshore making it an ideal launch point for travellers from within the city’s downtown and outlying suburbs. A complimentary shuttle bus, running every 15 minutes, stops at two pick-up points – near Union Street station and on Bathurst Quay next to the ferry dock – and can be used by anyone visiting the airport (not just air passengers).

Also free for pedestrians (vehicles are $11 return), and again running every fifteen minutes, is ‘one of the world’s shortest ferry rides’: from the edge of Bathurst, the airport ferry takes just 90 seconds to cross the Western Channel to Billy Bishop, providing a short yet terrific journey with great views of the city.

Meanwhile, on 30th July 2015, the Pedestrian Tunnel opened, linking the mainland to the island airport via a 240-metre long passageway situated 30 metres below the surface of Lake Ontario. Stylish, modern and with four moving sidewalks, it takes just six minutes for foot passengers to travel from the Mainland Pavilion on the quayside to the escalators which lead up to the airport atrium – this convenient way of ‘crossing the water’ can see 1,000 people use it every day, with more than 2 million passengers expected to take the tunnel every year.

Both Pearson and Billy Bishop provide travellers with a wealth of choice in terms of destinations, meaning cheap vacations from Toronto as well as last-minute deals and package vacations from the city are widely available.

Billy Bishop offers flights from Toronto to Montreal and its Pierre Elliott Trudeau International Airport via Air Canada Express, while Porter Airlines – whose HQ is at Billy Bishop – runs a large operation with routes to several cities in the US and Canada, as well as further afield. For example, if you are looking for cheap flights to Las Vegas from Toronto, Porter will fly you to Logan International in Boston where you can catch a connecting JetBlue flight to the ‘Sin City’; or, if two-week all-inclusive vacations from Toronto on one of Mexico’s beaches are what you need, Porter can again take you to Boston for a quick change to Cancun.

Toronto Pearson International Airport is the place to go for a seemingly endless choice of local, national and international flights offered by dozens of airlines.

Air Canada (and its offshoots such as Air Canada Express) cover almost every large town and city in the country, as well as numerous US cities and popular tourist spots across the globe, while airlines from most major countries – such as France, Turkey and the United Arab Emirates – provide long-haul trips for travellers via companies such as Lufthansa, Etihad and Cathay Pacific.

Are you desperate for flights to Cuba from Toronto, or Toronto to New York flights for a four-day break with loved ones? Or perhaps a straightforward business shuttle from Toronto to Ottawa? Pearson has them all and much, much more.

Photo by David Preston on Unsplash