Travel to Nearby Cities in the Greater Toronto Area 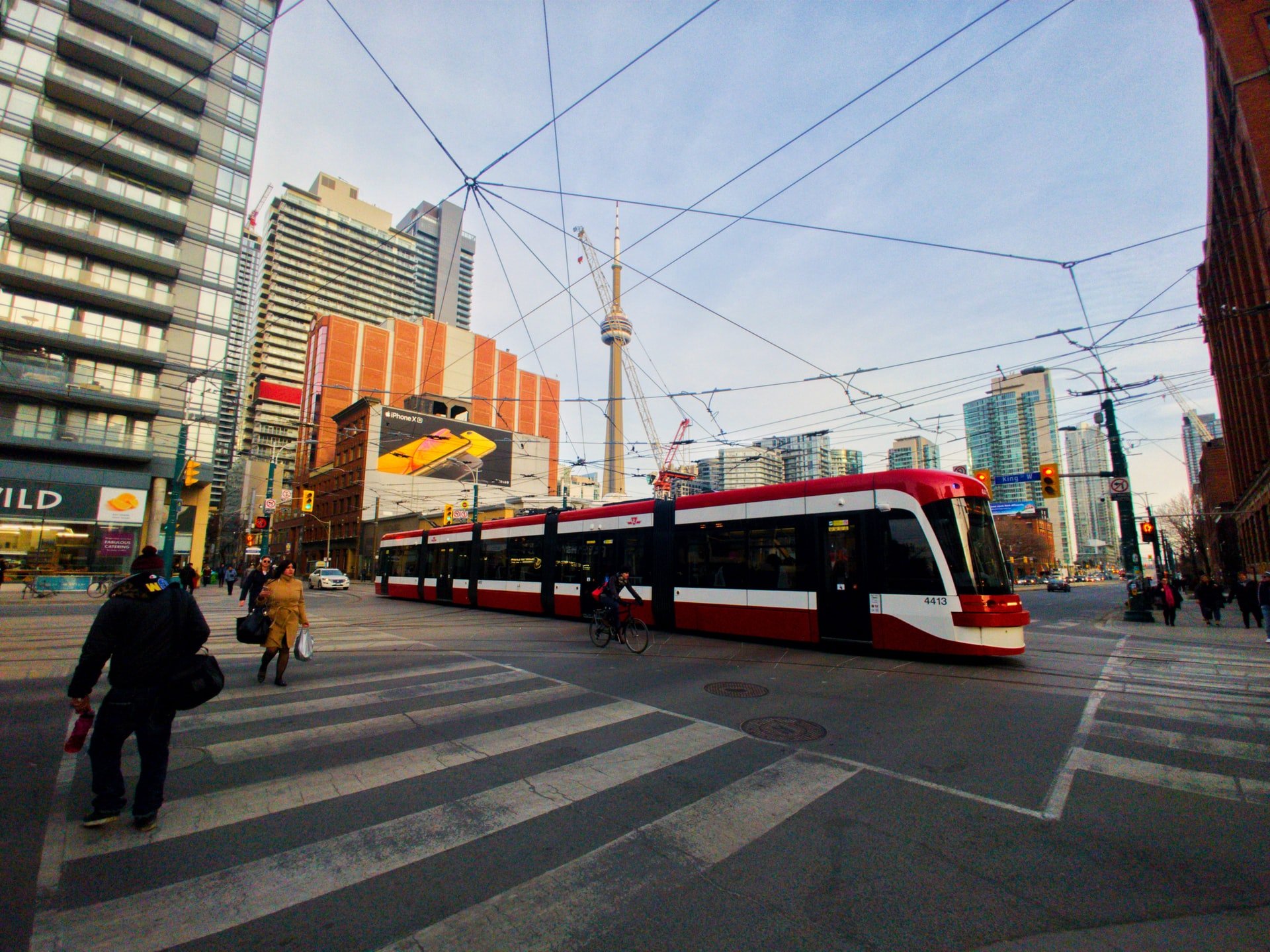 The provincial capital of Ontario, Toronto is a bustling, richly diverse city, resting on the northwestern shore of the magnificent Lake Ontario at the epicentre of the region’s ‘Golden Horseshoe’. Densely populated – it is the most populous metropolis in Canada with over two and a half million residents – and covering more than 600 square kilometres, it is Canada’s biggest city and lies just behind Mexico City, New York and LA in terms of size.

Due to Toronto’s reasonably straightforward grid of highways and expressways (which, like any major city, can become congested at peak times) and its huge, sometimes very busy public transit system, getting around is relatively easy, and the city offers a cavalcade of things to see and do – it contains some of the finest restaurants to be found around the globe, hosts numerous important cultural festivals each year, and its bar, club and entertainment scene is the envy of many supposedly more fashionable world cities. But beyond the city’s borders lies the Greater Toronto Area, a vast spread of towns and cities which holds just as many wonders.

The Greater Toronto Area (GTA) forms the northern section of the Golden Horseshoe which envelops Lake Ontario. With the city of Toronto at its epicentre, it contains the regional municipalities of Durham, Halton, Peel and York, and has close to 6 million people living within its confines, making it Canada’s most populous area. Notable cities include Mississauga (home of the gigantic Toronto Pearson International Airport), the education and health sciences seat of learning that is Oshawa, and the affluent town of Richmond Hill to the north, while just outside the region is the world-famous Niagara Falls. As well as boasting some terrific attractions such as zoos, aquariums and high-end wine tours, the GTA is home to some fascinating scenery and areas of outstanding natural beauty which are ripe for exploration: Lake Ontario, which laps against the length of the GTA shoreline, is known the world over, but the Kawartha Lakes lie to the east and Lake Simcoe – the remaining portion of a prehistoric lake system – is just north, while verdant forests, parklands and ravine systems dominate the wonderful landscape.

So if you are looking at venturing further afield to visit some of these towns, cities and attractions, how to get to Whitby, for example, or Newmarket or Ajax from the city of Toronto? Many GTA residents work in one region and commute to another with ease, so the good news is there are many options to consider.

Taking the Train, Bus or Subway

Travelling around GTA can be straightforward if using public transit systems. The Toronto Transit Commission (TTC) offers a raft of services from buses to subway trains and streetcar trams within the capital, but its Greater Toronto Area Weekly Pass scheme is what you need to get out of the city and visit most of those outlying areas by bus. This $61 pass – available for purchase at numerous TTC stations within Toronto – gets you a full seven days of travel both within the city and out to the Brampton, Mississauga and York regions, where the pass is accepted on their own transit systems and no further purchases are required to travel around (people can also buy the TTC Weekly Pass at Brampton, Mississauga and York bus and train stations).

The transit operators in Durham and Halton Regions, however, do not accept the TTC Pass and travellers need to purchase separate tickets to use their systems – this should be borne in mind if you are planning on checking out towns such as Oakville or the aforementioned Whitby. Every single area around Toronto – from Burlington down at the southern end of the Horseshoe to Brampton in the northwest – runs its own public transportation scheme, such as MiWay which operates out of Mississauga, York Region Transit/VIVA, and GO Transit which connects the GTA with Hamilton, and most of these connect with the TTC.

Recent years have seen greater cooperation between these disparate service providers, with various transit companies linking up to further smooth passenger travel between regions. One huge improvement was the full introduction in 2009 of the Presto card by government body Metrolinx – who also run GO Transit – which is a fare payment ‘smart card’. Presto is accepted across a large number of transit systems in various Ontario municipalities (including TTC, MiWay and GO) and means inter-region travel is now easier than ever before due to connections which can be made quickly and effortlessly.

For journeys by train, again there are several options for travellers.

VIA Rail is a huge company and has operated for close to four decades, servicing vast swathes of the Canadian territories. While long-distance trips are available – such as Toronto to Montreal or even Halifax on Nova Scotia – its trains allow people to make shorter hops too, including stops at towns and cities such as Oshawa, Ajax and Burlington where connections can be made via that region’s transit system (for example, the latter town has a connection hub for GO Transit). VIA also offers a two-hour train ride to Niagara Falls, beginning at Toronto’s Union Station.

GO Transit itself is a big player in the Ontarian public transportation system, with plentiful bus and train routes heading in and out of Toronto, where its main hub is based at Union Station.

GO runs seven main train lines – including Lakeshore East, Lakeshore West and the Richmond Hill line – which fan out into the GTA’s outer reaches, connecting people with Kitchener, Whitby, and (during weekends in summer months) even Niagara Falls. For a Toronto to Niagara Falls bus, GO operates a year-round service which involves a GO Train from Union to Burlington, then a quick transfer to a GO Bus for the onward journey to the falls themselves.

The highways and expressways of the Greater Toronto Area lend themselves to comfortable car journeys, but as it is the largest network of roads in the country it can also be the busiest at peak times.

Highway 401 is the longest in Ontario but is infamous as one of the busiest road links in the entire world. Private car trips can be made around the GTA, but for those wishing to rent a car in Toronto for a weekend away, or are specifically looking for cheap rental cars in Toronto, there are a huge amount of options.

Global brand car rental companies dot the city and are also situated in the sprawl of Toronto Pearson International Airport, including names such as Hertz, Enterprise and Avis, while local businesses such as Zoom, ACE and Bargain Car and Truck Rental offer inexpensive alternatives. All of them provide a range of vehicles to suit every pocket, often for as little as $35 a day for an economy or midsize car with unlimited kilometres, and boast numerous pickup and drop off locations across the capital, meaning hitting the road to the outer reaches of the GTA is simple.

Renters must bear in mind that the majority of companies stipulate that you must be 21 years of age or over to rent, and often 25 or older to hire some of the larger vehicles (SUVs, for example).

But what if you prefer someone else to take you to some of these towns, attractions or just tour the GTA itself?

Coach tours from Toronto are an option, with a sizeable number of operators willing – for a fee, of course, often around $60 to $80 – to provide, for example, an eight hour round trip from your hotel or selected pickup point to Niagara Falls, taking in the picturesque town of Niagara-on-the-Lake and its winery, as well as the Whirlpool Rapids and hydro dam.

Meanwhile, trips are available onto Lake Ontario for salmon fishing, food tours can be taken into the Prince Edward County wine regions, and the lakes at Simcoe and Kawartha offer myriad things to see and do, from nature trails and cruising the waters to Youngtown’s Rock and Roll Museum and the ski area at Devil’s Elbow.

Photo by Niamat Ullah on Unsplash