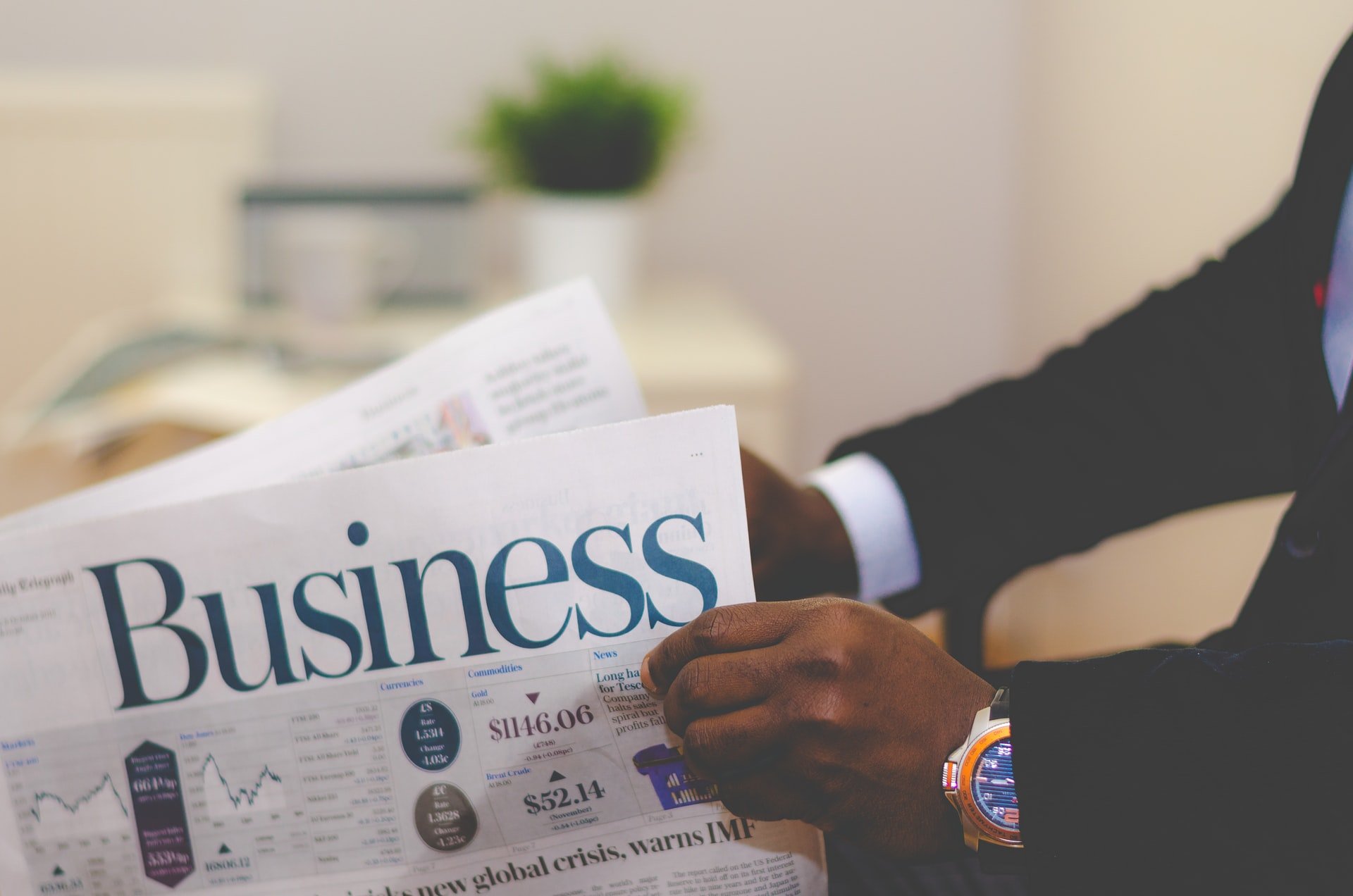 Here are some of the best personal finance books you might want to read up with over the summer. Whether you read them on your Kindle or buy the books, these titles are sure to help you be just the thing you need in the brand new year.

As the year ends, it is time to reflect upon the books you have read the past year and recollect everything you have learnt from them. As you ring in the New Year with a lot of hope, expectations, and resolutions, we hope that you will enjoy our list of personal finance and economics books that will help you in 2017. Whether you read them on your Kindle or buy the books, these titles are sure to help you be just the thing you need in the brand new year.

Hopping over the Rabbit Hole: How Entrepreneurs Turn Failure into Success
$15.59
Buy on Amazon

Hopping over the Rabbit Hole: How Entrepreneurs Turn Failure into Success

The best people to learn from are successful people, and that is precisely why this book should be on your reading list. Hopping over the Rabbit Hole tells the story of the founder of SkyBridge Capital, Anthony Scaramucci and has a tremendous amount of good advice for entrepreneurs. It is essential to learn that the best lessons are those learnt when faced with adversity, which the book demonstrates. The book chronicles the challenges and difficulties of an entrepreneur who heads towards success even when a bleak business environment. The main lessons that can be learnt from Hopping over the Rabbit Hole are those bad decisions can be made by anyone, many external factors could go wrong in running a successful business, but the only thing the entrepreneur can control is their actions and reactions.

Anthony Scaramucci, the epitome of the American dream, has been in the news recently as he served on Trump’s finance committee during his campaign and is a member of the president-elect’s transition team. There are unconfirmed rumours that he could take a position in the government’s treasury department. This book shares what he wishes he knew when he was a struggling entrepreneur. The books deal with various sides of entrepreneurship, such as being media savvy, dealing with financial issues or even a colossal crisis, dodging bankruptcy. The book’s subtitle is “How entrepreneurs turn failure into success” and is a very apt description of the book’s content. Failure is omnipresent; dealing with it is, however, not. The book speaks in length about coping with failure, and that fear of failure is the worst thing for an entrepreneur.

The Nobel Factor: The Prize in Economics, Social Democracy, and the Market Turn
$35.00
Buy on Amazon

The Nobel Factor: The Prize in Economics, Social Democracy, and the Market Turn

The Nobel Factor: The Prize in Economics, Social Democracy and the Market Turn deal with the impact of the Nobel Prize on economics. The prize itself has only been awarded since 1969 and has since brought about changes aplenty. The book describes the power of the Nobel Prize in economics, its origin, and the changes that market economics has seen before. It also details the history of economics and the changes seen since the prize was first awarded. The struggle between market liberals and social democrats in Sweden, Europe, and the United States is also dealt with extensively. It is essentially an account of real-world consequences of theoretical economics and the biggest prize awarded for the subject.

The authors have traced the effects of the prize and the evolution of economics from social science into newer fields. The award became part of the movement of economics to mathematics and sophisticated asset valuation.

This book is a good read for not those interested in knowing more about the Nobel Prize for economics or those aiming for it but also for those just simply interested in economics. The various factors considered by the Nobel committee before awarding this prestigious prize, the changes it brings about in the recipients’ lives and careers of others around. The prize is usually awarded to an economist reaching the end of their career. They are generally older and are less likely to bring about drastic changes but indicate their brilliant career in economics.

While this book is not a traditional know-how book or a quick read for an entrepreneur, it highlights intricacies and can be a great way to look at the bigger picture.

You Only Live Once: The Roadmap to Financial Wellness and a Purposeful Life
$17.00
Buy on Amazon

You Only Live Once: The Roadmap to Financial Wellness and a Purposeful Life

You Only Live Once talks of two things millennials take very seriously, money and purposeful life. The book, written by millennial author Jason Vitug, the founder of financial education start-up Phroogal, deals with financial goal setting and budgeting. In You Only Live Once, the author talks about the various steps necessary for budgeting and realistic goal setting. He also provides pointers on building good financial habits and taking control of your finances.

The book, marketed as a budgeting guide, is just that. It can help you change your financial planning strategy and budgeting situation. The book also presents many tried and tested ideas that a new entrepreneur could use and bring about a sense of order and control in their business. The author’s minimalist consumption techniques are now a trend or lifestyle goal among many young entrepreneurs and are the basis of his advice. The book gives a lot of good advice, to save more and begin investing early, not use credit options unnecessarily and focus on building assets.

The author’s straightforward approach to the entrepreneur’s financial organization is refreshing. ‘You Only Live Once is a good read for young entrepreneurs.

The Curse of Cash: How Large-Denomination Bills Aid Crime and Tax Evasion and Constrain Monetary Policy
$15.89
Buy on Amazon

The Curse of Cash

This book is highly relevant today, where governments are looking to create cashless economies, and cashless transactions are being encouraged in all payment spheres. The book also deals with the concept of negative interest rates. A negative interest rate means the central and private banks will charge adverse interest. Instead of receiving money on deposits, depositors must pay to keep their money with the bank. Elimination of high-value cash transactions is also seen as a way to get rid of various types of organized crime, including drug-related crimes and human trafficking.

Kenneth Rogoff, a former IMF chief economist, has dealt with plastic money, electronic transfers, and other forms of digitally enabled alternatives to cash. In the age of alternate currency like bitcoin, the book’s topic is a sensitive one. Getting rid of cash can bring about minor changes to the world’s economies and considerable impacts in the world of commerce.

While the vulnerability of digital transactions and the prevalence of identity theft make one slightly vary from the envisioned ‘cashless economy’, it can be a great way to prevent organized crime and large financial conspiracies. Still, it can bring about a change to the very concept of corruption. The book suggests that phasing out more prominent denominations of paper money while retaining smaller bills and coins could help solve the problems that a no-cash economy could face. While the book’s premise is controversial, it is a good read regardless of whether you are for or against a cashless economy.

The best resources are people. While this is something that successful people have said repeatedly, that is the premise of ‘Rethink Work’. As the title indicates, the book tackles many employers face in retaining their best employees. People’s views on loyalties towards their company have evolved over the years, and now many young people shift jobs quickly. The author deals with the things companies have to focus on to make their best employees stay and help the company grow. It focuses on the actual experiences of various young employees and the lessons learnt from them. The advice offered in the book is more old fashioned than one would imagine but is just the thing a budding entrepreneur who lives in the new age needs.

The book also deals with the expectations of millennial job seekers and their approach to employers. The author believes that behind the text-for-everything generation is a generation craving human interaction and involvement. As more jobs are becoming digital, it is only fitting that employees are losing out on what was once the most critical factor in any company – its human factor.

Rethink Work also has a lot of helpful advice on finding the right candidate for a job, recruiting them, and ways job seekers can find the company that will be the right place for them. This book is a good read for both employers and employees.

Photo by Adeolu Eletu on Unsplash