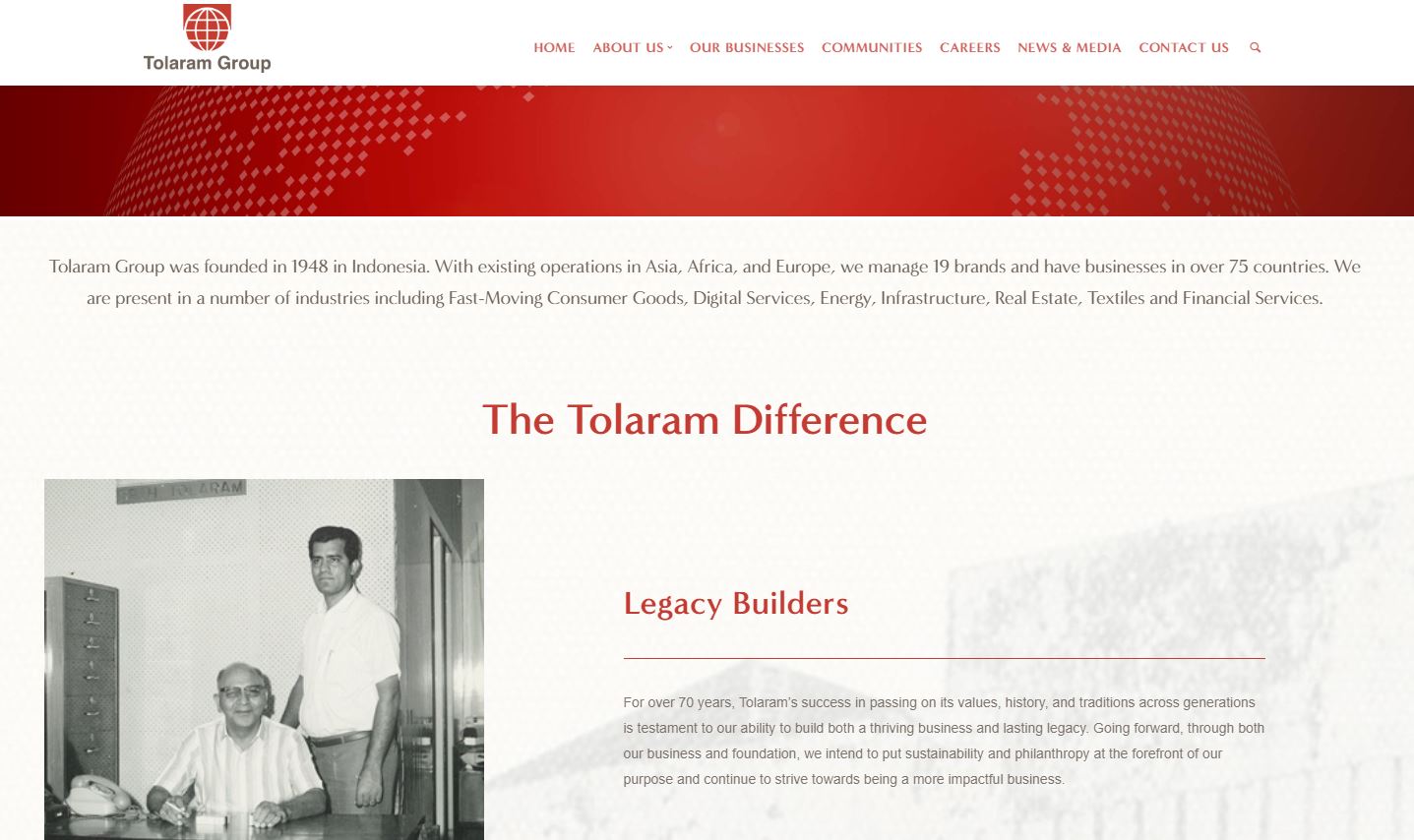 Eighty-year-old Vaswani now oversees Tolaram Group, a Singapore-headquartered company with an estimated value of US$1.8 billion. Tolaram is building a port in Nigeria, producing paper in Estonia, running a bank in Indonesia and supplying power in India. It has food production and distribution operations across Africa and sells to more than 75 countries. The company is expanding into digital services and plans to add a hedge fund to its wealth operations, a report by Bloomberg said.

The Tolaram Group is a conglomerate of companies with diverse interests in the manufacturing, trading, and distribution sectors. Founded by Mr Sitaram Tolaram in 1949, the group has become one of India’s most respected conglomerates with an annual turnover exceeding Rs. 1 lakh crore (USD 18 billion).

The article by Bloomberg focuses on how one family changed its fortunes by turning its small business into a multinational business conglomerate.

Experts said that taking risks and keeping family members from occupying specific jobs were the critical virtues that made the business as big as it is now.

“We are not afraid,” Vaswani said. “When we see opportunities, we are ready to take the risk.” During its seven decades, Tolaram has ventured into about 100 businesses, according to Vaswani’s nephew Sajen Aswani, CEO of the group. About 75 per cent failed, but the one in four that succeeded made up for it, he said.

Tolaram is a Singaporean company that began selling textiles in Nigeria in the 1970s. However, executives and brothers Haresh and Sajesh Aswani saw an opportunity to create an instant noodle market in the country. In 1988, they began importing Indomie noodles. But to truly target the local market, Tolaram decided to build manufacturing and distribution capabilities in Nigeria when conventional wisdom advised against it.

“The Tolaram expansion over the past decades has been one of extreme growth,” said Oriano Lizza, a strategist at CMC Markets Plc told Bloomberg. He added that the backbone of the company’s success was diversification and the risk taken to expand into many countries and businesses.

Vaswani said he joined his father’s textile business when he was ten and took over the firm at 19. He expanded from distribution to manufacturing and established plants abroad — the U.S., the U.K., Germany, South Africa and the Baltic states.

“In my family, you got handed over the reins at an early age. Unlike today, there was no need to study first.”

In a typical Asian owned company, the operations usually involve family members, and a patriarch controls the whole business. However, the Tolaram business does not work this way.

“We decided that family members stay at the shareholder level,” says Vaswani. “If a professional hired from the outside makes a mistake, you can sanction the person, and with family members, it’s more sensitive.”

That may be one reason the company has avoided the fate of many family businesses that fail once the enterprise is handed over to the second or third generation, experts said.

“A concern could be one of over-capitalisation and a lack of expertise within different business units, although the longevity and sustainability of the group would argue against that,” said Lizza at CMC Markets, told Bloomberg.