The National Business Book Award at 35 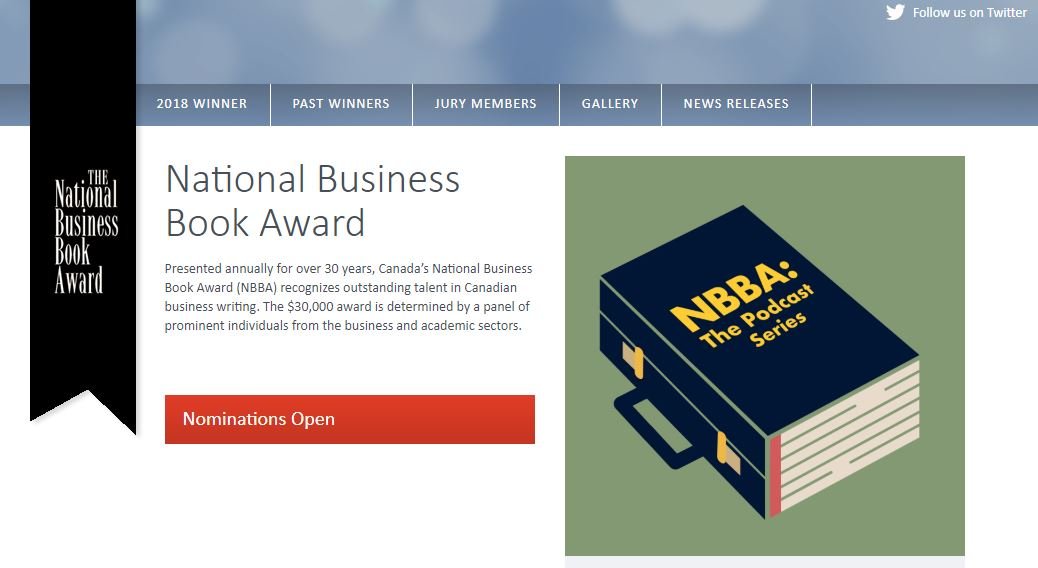 2020 is the 35th year anniversary of the National Business Book Award. Since 1985, the NBBA has been recognizing the best of Canadian books on Canadian business.

Have you ever just thought of how prestigious writing can be? Probably not. If you have, then how much support have you been able to draw from establishments around you meant for the purposes of praising work well done, if there’s any at all for that matter?

Writing Within and Without Canada

Writing has for ages been underrated in many states just as much as it’s been exalted in others. Canada has risen to be the ultimate hub for business and academic writers. Hard to believe? Then maybe the National Business Books Award should be enough to change your mind. There is a universal belief in the ability of a prize to brew motivation in the hearts of people. Let’s find out if this has been the case in Canada.

The Birth of a New Writing Generation

1985 is the year things seized to be the same for writers of business books. Who would have thought that from the ideologies of humankind, shall rise the greatest ideas of all, to bring together great minds and rate their works according to various criteria and thus be able to establish the best among them all and in so doing, appreciate the work of their hands?

Business books have since entered the limelight, and so have their writers, bagging home the joy of having their works recognized and even awarded for those who have been appearing at the top over the years.

Since its launch in 1985, the National Business Books Award has served the sole purpose of rewarding the best of business writers, sieved on various criteria to determine, not just the best, but also the most reasonable writings among all.

The Introduction of Cash Awards

With the stiffening competition, time has seen the introduction of cash awards to be prized to winners, with loads of up to a whopping $20,000. Interesting, isn’t it? Well, stop wondering how to participate in the award and learn about it now!

Thirty-four years old today, the NBBA gives a chance to the top-notch writers in business and academic writing, by allowing submissions of in-depth and professional articles. Feeling proficient enough? Well, you haven’t heard enough yet! This is what you should have at the back of your mind before you decide that NBBA is the award for you:

Eligibility for this particular auspicious award is determined on the grounds of nationality, meaning that only Canadian nationals can take part.

Themes to be covered

Due to the nature of the contest, your work has to be nothing less of business-oriented. The following themes should be covered in part or whole, and may include but are not limited to:

Also, due to the nature of awarding which happens yearly and because of the high demand for new work, your book has to have been published in 2018 and neither later nor earlier.

For consideration for the award, the following information is requested of you:

From the submitter, the following is required: 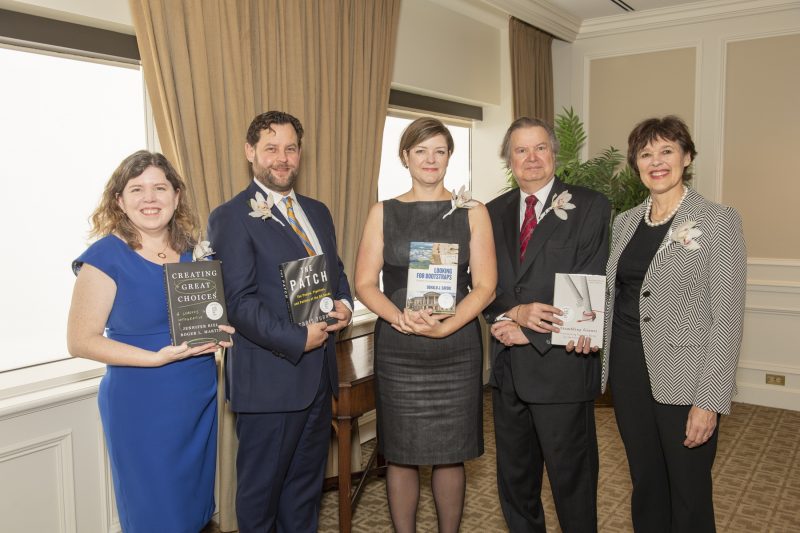 Awards and their Winners

Good work deserves a prize, and Ann Shortell would attest to this, after being the first, alongside Patricia Best, to win the very first award by the NBBA in 1986. This would by far be the oldest yet the most important award in the history of NBBA.

A Matter of Trust by Ann Shortell and Patricia Best, Power and Privilege in Canada’s Trust Companies; 1986.

Their book, A Matter of Trust, tells of the power and privilege in Canada’s trust companies. The book being well researched along this line exposes the practices by the industry and identifies scandals which raise the question of where the government’s intervention is on this.

The following is a list of the winners who followed in their footsteps and the books that won them the awards:

Harvest from the Rock by Philip Smith.

Shutting Down the National Dream by Greig Stewart

Steinberg: The Breakup of a Family Empire by Ann Gibbon and Peter Hadekel

Self Serve: How Petro-Canada Pumped Canadians Dry by Peter Foster

Quick to the Frontier: Canada’s Royal Bank by Duncan McDowall

Driving Force: The McLaughlin Family and the Age of the Car by Heather Robertson

Who Killed Confederation Life? The Inside Story by Rod McQueen

The Reichmanns — Family, Faith, Fortune, and the Empire of Olympia & York by Anthony Bianco

Fever: The Dark Mystery of the Bre-X Gold Rush by Jennifer Wells

No Logo: Taking Aim at the Brand Bullies by Naomi Klein

The Bubble and The Bear: How Nortel Burst the Canadian Dream by

The Human Factor: Revolutionizing the Way People Live With Technology by Kim Vicente

Wrong Way: The Fall of Conrad Black by Jacquie McNish and Sinclair Stewart

The Upside of Down by Thomas Homer-Dixon

Stupid to the Last Drop: How Alberta is Bringing Environmental Armageddon to Canada (and doesn’t seem to care) by William Marsden

Why Your World is About to Get a Whole Lot Smaller: Oil and the End of Globalization by Jeff Rubin

Consumer Republic: Using Brands to Get What You Want, Make Corporations Behave, and Maybe Even Save the World by Bruce Philp

Plutocrats: The Rise of the New Global Super-Rich and the Fall of Everyone Else by Chrystia Freeland

The Third Rail: Confronting Our Pension Failures by Jim Leech and Jacquie McNish.

Tell Everyone: Why We Share and Why it Matters by Alfred Hermida.

Losing the Signal: The Spectacular Rise and Fall of Blackberry by Jacquie McNish and Sean Silcoff.

A Field Guide to Lies: Critical Thinking in the Information Age by Daniel J. Levitin.

2017, which is the most recent year of the award, saw the prize melt the heart of Chris Turner with his book, The Patch. Indeed, his skills didn’t go in vain, so why not raise a glass and share a kudos for Chris?

The Patch by Chris Turner, The People, Pipelines, and Politics of the Oil Sands; 2018.

The Patch generally provides an insight into the development of Canada’s oil sands, something that has for long hit debates. Without taking sides but trying to make a balanced approach, Chris Turner delves into the millennial engineering project and breaks it down in a historical, scientific and contextual explanation.