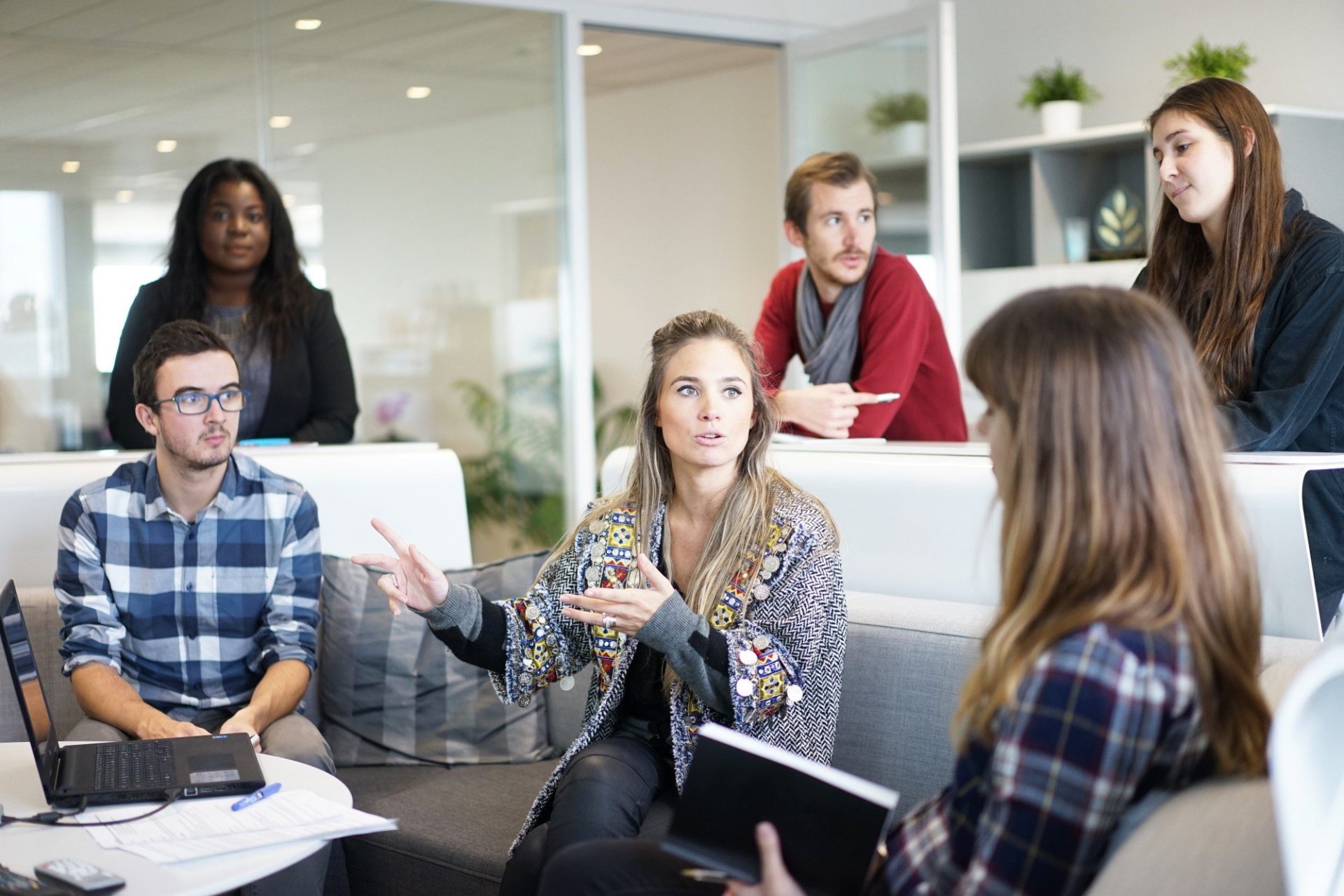 Co-working is a business services provision model that involves individuals working independently or collaboratively in shared office space. The owner of the space provides a work environment and, usually, office equipment and amenities found in a typical office. This is a list of niche shared workspaces that cater to specific demographics, such as parents or female entrepreneurs. freelancers, and start-ups.

Essentially Co-working or a shared office is the situation in which several workers from different companies share an office space, allowing cost savings and convenience through the use of common infrastructures, such as equipment, utilities, and receptionist and custodial services.

The Workaround is a parent-friendly workspace in Toronto’s East End. It specialises in Co-working and childcare. It was founded by Amanda Munday, who had two kids, and realised the gap in the space. This co-working option provides high-quality childcare and has breastfeeding suites and child-friendly zones.

“The Workaround is able to keep women in the workforce while also keeping their children in good care,” Munday said. This shared office space is gaining popularity and around 300 people have used it since its inception.

Munday also says she isn’t intimidated by bigger names in the co-working industry since this is a niche space catering to parents. The Workaround is run “by parents for parents,” whose needs may be otherwise overlooked by larger players, she added.

Make Lemonade founder Rachel Kelly used to freelance out of coffee shops, but missed the sense of community that came with a traditional office setting. Looking to find that community online, she joined a number of support groups for entrepreneurs but then noticed there wasn’t a physical space for them to come together. This led to her opening her own co-working space, according to an article in Canadian Business.

This co-working space puts more emphasis on the community aspect and the fact that people working here can connect with each other. “Sure, we have a great space and free Wi-Fi, but people join because they want to connect and are looking for a community,” Kelly said.

The Hive is located in Vancouver and focuses on creating a space for non-profit organisations to co-work.

“The HivE supports and amplifies the social impact sector in Vancouver; we do this by mixing one-part shared-space with one-part collaboration and a dash of love. Our community is made up of over 150 individuals and organizations within the social entrepreneurship, sustainability, tech and creative sectors all working to make the world a better place,” the company said on its Facebook page.

According to Canadian Business, the Hive was founded by Eesmyal Santos-Brault and Jeremy Murphy, business owners working in the energy and sustainability sectors who wanted to house their companies in something other than a conventional office setting. After a series of volunteer-led renovations and paint jobs, The Hive came to exist. The entrepreneurial pair who helped to found the space continues to work out of it today, alongside other businesses owners.

The Fold is a co-working space in Toronto, dedicated to professionals working in the architectural industry including architects, interior designers, landscape artists and others in the field of design.

According to its website, Fold is a co-working space for professionals working within creative and design-oriented fields who want a contemporary work environment.

There was ample planning involved in creating a space that is accommodating for design-focused entrepreneurs. Fold invested in custom-made desks with large square footage. They also offer ample storage space for wood samples, tiles, windows, and paint chips designers use as samples for their clients. Another feature differentiating the space from competitors is the high-end, quiet and professional areas available for meeting with clients.

The Amp in Vancouver has a similar mission to The Hive—its membership consist primarily of social enterprises and non-profit organizations. The members are working towards “the greater good” as the space’s community manager, Anna Collingridge, describes it. Although not all of the 90 or so permanent and part-time members using the space are social enterprises and non-profits, Collingridge says that around 90 per cent of its membership base is. Those that aren’t still share the space’s vision of creating positive change, and addressing some of the economic, social and environmental problems in Vancouver, an article in Canadian Business said.