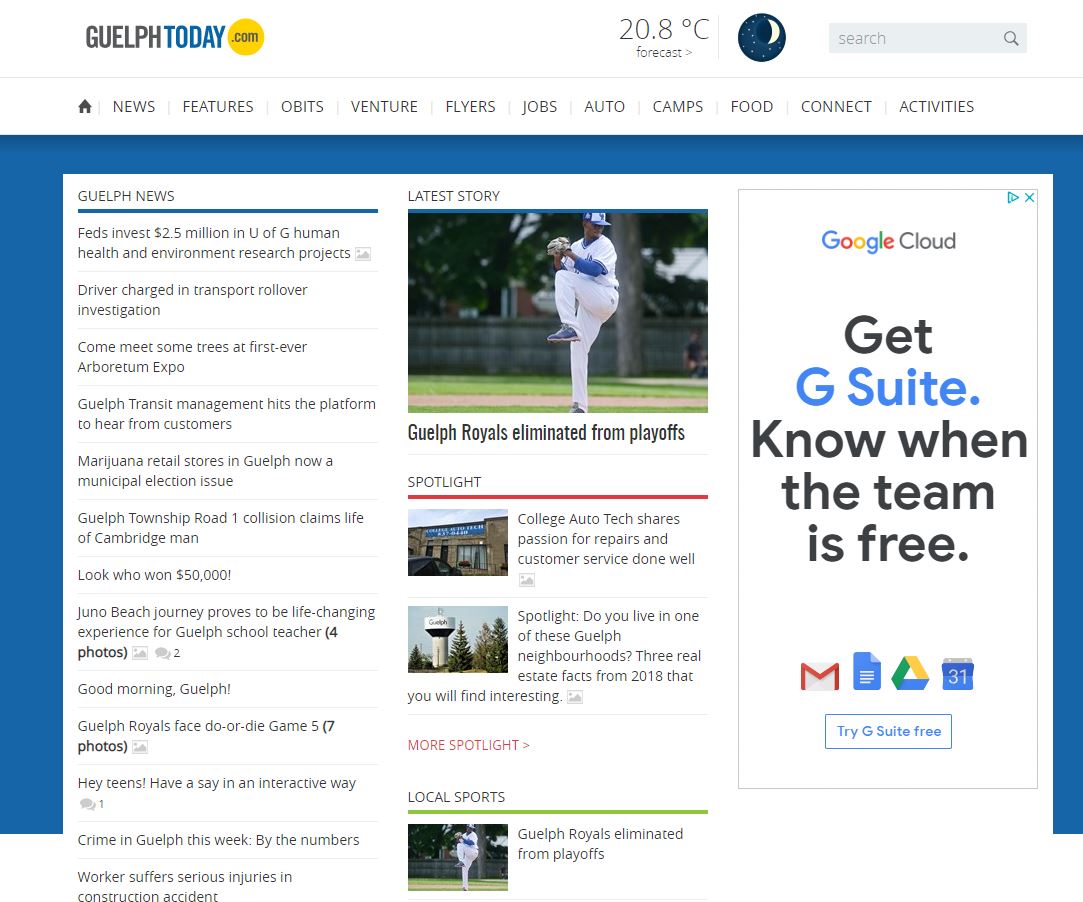 The new entrant comes in the wake of the recent closing of the Guelph Mercury newspaper, and hopes to fill its void. The new reporters hired are former Mercury employees.

The parent company Village Media, based in Sault Ste. Marie, Ontario, is a small Canadian News organization looking to expand and tap into smaller cities by providing local news.

Village Media, which was looking to expand into Guelph by September this year, decided to advance its plans after hearing about Guelph Mercury’s exit. The company’s CEO Jeff Elgie aims to build a network of local news outposts, and has launched other such local sites including SooToday.com, BayToday.ca and TimminsToday.com.

The company received more than 50 job application in the first week after Mercury shut shop, local advertisers too showed interest in the new venture.

The company, in an attempt to bring experience and credibility into the new venture, hired reporters Rob O’Flanagan and Tony Saxon from Mercury.

Columnists Scott Tracey and Owen Roberts too have agreed to write regular opinion pieces. The remaining work is expected to be done by freelancers.

“Mercury’s closure was one of the worst days of my life”, Tony Saxon said. However he added that he was re-energized by the importance the new company Village Media’s was giving to quality in editorial content. Other staffers of the now defunct Mercury has not been lucky as to immediately get new jobs.

Village Media has fewer than 30 employees for all its websites together; this is much lower than Mercury which had 26 staff for one location.

The company hopes to work in a ‘leaner’ and ‘smarter’ way. This could actually prove to be very important for the company in the current turbulent economic climate with cutbacks across the news industry including local papers.