Can Multiple Cats Use The Same Litter Box? 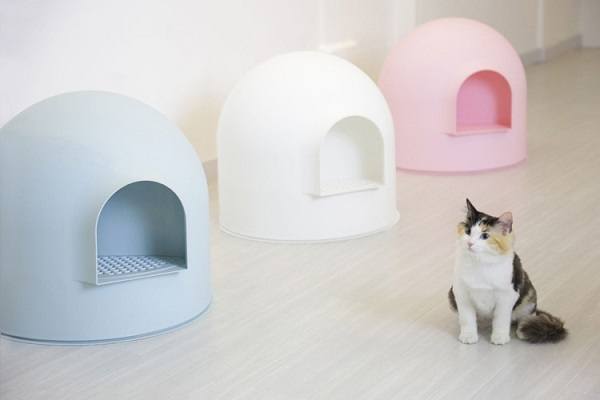 Cats are amazing creatures that have the ability to not only brighten your day but also make your life a lot better than it is. They provide the perfect amount of companionship and individuality for everyone that knows how to handle their personality. However, not everyone is immediately ready for what owning one of them entails.

There are many details about owning cats that you can only learn as an owner, and some of these things may surprise you. As you may know, one of the main distinctions between cats and other pets is that they don’t need to leave the house to do their business, as they will have a litter box.

Litter boxes may make it more convenient for your cat to pee and poop, but there are also some things that you will have to consider when getting one or more litter boxes for your home. Over the course of this article, we will be looking at whether or not multiple cats can use the same litter box.

The first thing you will want to consider when deciding whether or not you will need multiple litter boxes for your cats is how felines tend to perceive them in the first place. Understanding how cats look at litter boxes will make it much easier to decide whether you will need one or more of them.

As you may know, cats are highly territorial animals, meaning that they are unlikely to take kindly to others impeding on their territory. This may come as a little surprise to you, but cats tend to be the most territorial about their litter boxes since they tend to mark them for personal use.

Since cats are possessive about their litter boxes, they may be trouble getting two cats to use the same box. Most of the time, if a cat runs into another one using its litter box, it will result in a fight because one of the felines will feel like its territory is not being respected by the other one.

Of course, just because it will be a challenge, it may not be impossible to get two cats to use the same litter box. Let’s take a look at whether or not you can get your cats to share one of them without getting at each other’s throats all of the time.

Will Multiple Cats Use The Same Litter Box?

The vast majority of the time, several cats will not be able to use the same litter box without trying to fight each other, but you will find that there are a few exceptions. First off, if the two cats are exceptionally close, and they have been since they were kittens, there may be a chance that they can share a litter box.

Most of the time, however, even the closest cats will not take kindly to another one using their litter box behind their back. The territorial nature of cats is instinctual, and they, unfortunately, can’t hold it back a lot of the time, so you may not want to risk trying a single litter box strategy with your cats,

If your cats aren’t prone to fighting, you may want to try getting them to share a litter box under supervision, but be ready to separate them immediately. You may not want to try this with more aggressive cats, as it will be a challenge to get them apart from each other if they start fighting.

In the end, there are a few things you can do, such as buying a litter box that is split in half for your two cats, as this will satisfy calmer felines. An extra-large cat litter box for multiple cats may be pricey, but it will be worth the money.

Keep in mind that split litter boxes will not always work for some cats, as they will perceive both halves of the litter box as their own and fight off the other one.

We are often asked what is the best cat litter for multiple cats, and the simple answer is that you will have to test out a few different varieties. Since all cats are different, you will find that some of them are very fond of a certain type of litter while others will hate it; with several cats, it is often trial and error.

You will want to consider keeping your litter box as clean as possible, not only for your sake but for your cats. Other than reducing the smell of the litter, consistently cleaning the litter box will ensure that your cats won’t hesitate to use the litter box in the first place.

An unclean litter box is not appealing to cats, and they will not take kindly to using one of them. If you want to improve your felines’s interactions around the litter box, then keeping it clean will go a long way towards making things a little more pleasant for you and your pets.

If you decide to get multiple cat litter boxes, then you may want to consider this rule. The cats + 1 rule states that you should purchase one litter box for each of your cats plus an extra one if a cat wants to use another one due to their previous box being taken by one of the others.

Whether or not a multiple cat litter box will work for you, we hope that this guide has provided all of the necessary info on owning several cats and managing their litter boxes.