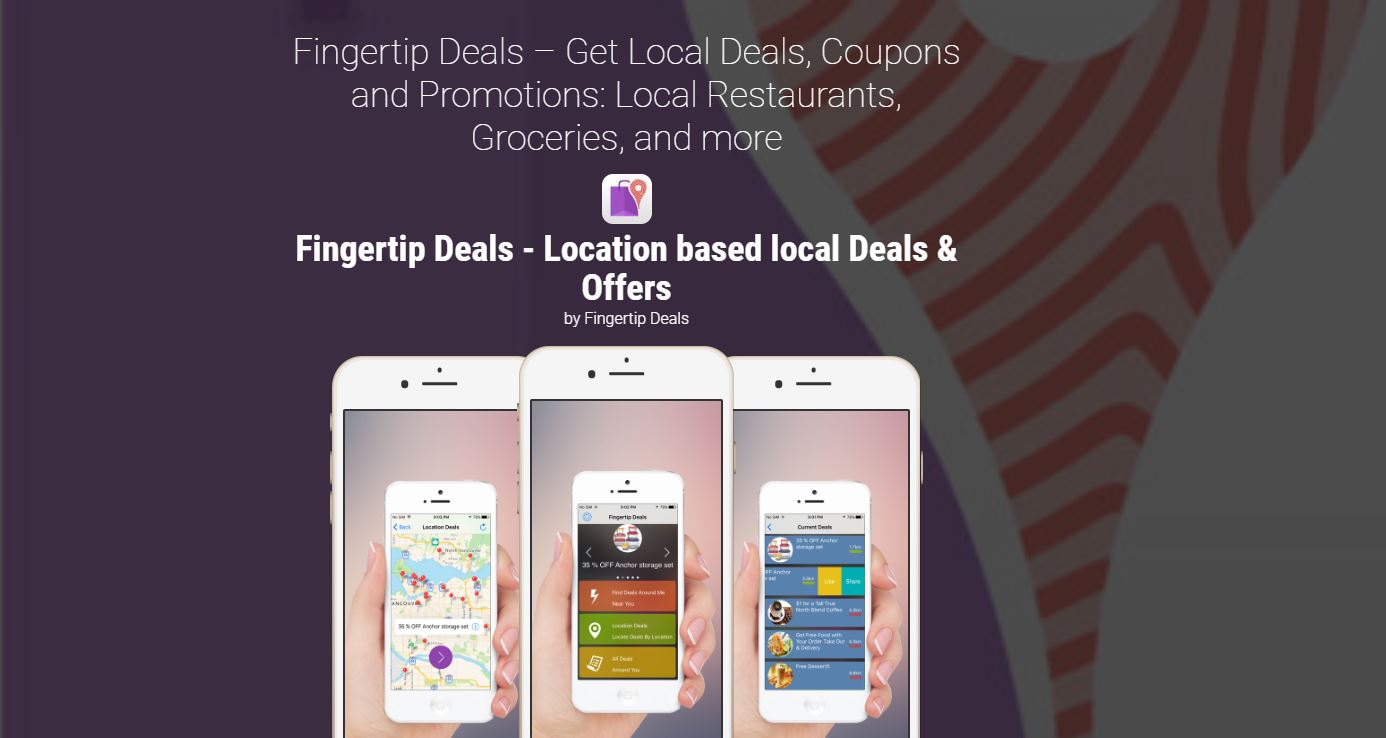 Fingertip Deals is a new app available for Apple iOS and Android phones that lets users find local deals on restaurants and groceries.

Launched in spring 2016, Fingertip Deals is a new app available for Apple iOS and Android phones that lets users find local deals on restaurants and groceries. It lets you find the latest deals for both restaurants of different kinds and local grocery deals.

Some of the features of Fingertip Deals are:

Fingertip Deals makes it easy to find deals. After you download it, you register through the app and then you can search for deals. There are multiple categories and you’re able to find exclusive local deals, places to eat at (everything from chains, local mom and pop spots, and food trucks), and do so while saving some cash. The app uses your phone’s location using its GPS and presents to you amazing deals and promotions from its deal partners. If you’re interested in becoming a partner, the Fingertip Deals’ website has information on becoming a deal partner.

What’s more Fingertip Deals lets you set up customized notifications to let you know when deals are near. You can set it up to keep track of the latest and updated deals that are immediately available to be used. For travelers, they can use Fingertip Deals too to save. If you know the location where you’ll be going, you can find restaurants close to where you’ll be by picking the location you’re traveling to and it will display the best promotions, offering and exclusive deals in that area.

The app is currently available for the Vancouver, BC area, but plans are to expand to other cities in the future.

The requires iOS 7.0 and runs on iPhone, iPad and iPod Touch. For Android it requires version 4.3 meaning it runs on phones such as the Gallaxy S5, S6 and S7 and other newer Android phones and devices like the Samsung or Nexus tablets.

If you’re a business interested in partnering, the website has a section for partnering with Fingertip Deals.