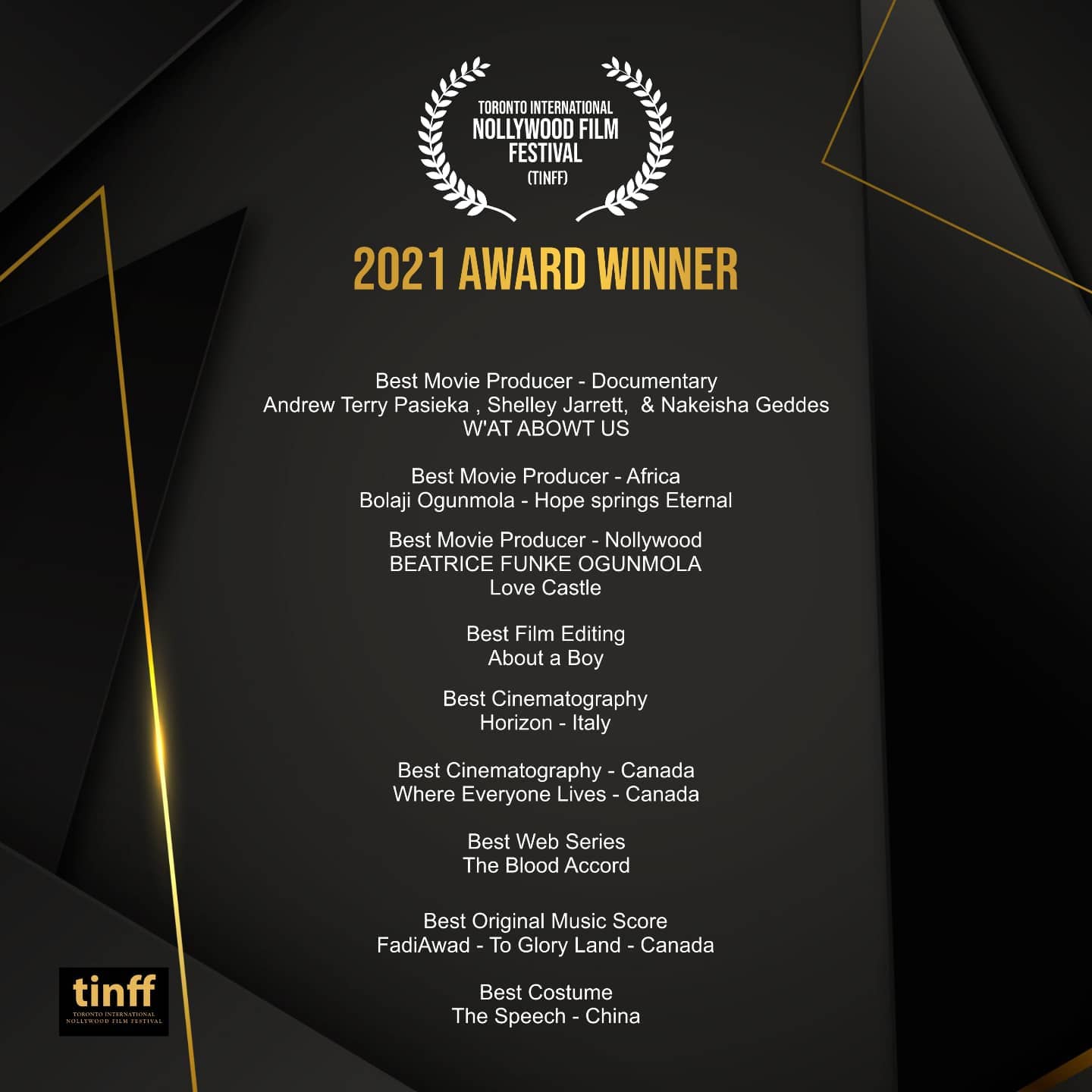 And between those names, it was good to see The Multi-Awards Winner and the Multi-Charted Artist Fadi Awad winning the BEST ORIGINAL MUSIC SCORE Award with his Masterpiece “To Glory Land”!

In his related press interview on “Kiss Intl 107.7”, Fadi thanked the Organizers and Judges of Toronto International Nollywood Film Festival for the appreciation, as well as his beloved supporters to stand by him continuously, and added: “I’m so Honored to have won in this very important huge event that was perfectly organized. The Judges proved high capacities in Musicology and I’m so grateful for that. Toronto is one of the World’s most important cities in Music, Movies, and Entertainment… Congratulations to All the Nominees and Winners, and I’m so glad that I was able to keep this trophy home, in Canada… Peace and love to All!”

Congratulations to another well-deserved winning result for Fadi Awad, and this time with his epic Masterpiece “To Glory Land” that is rich from every side!