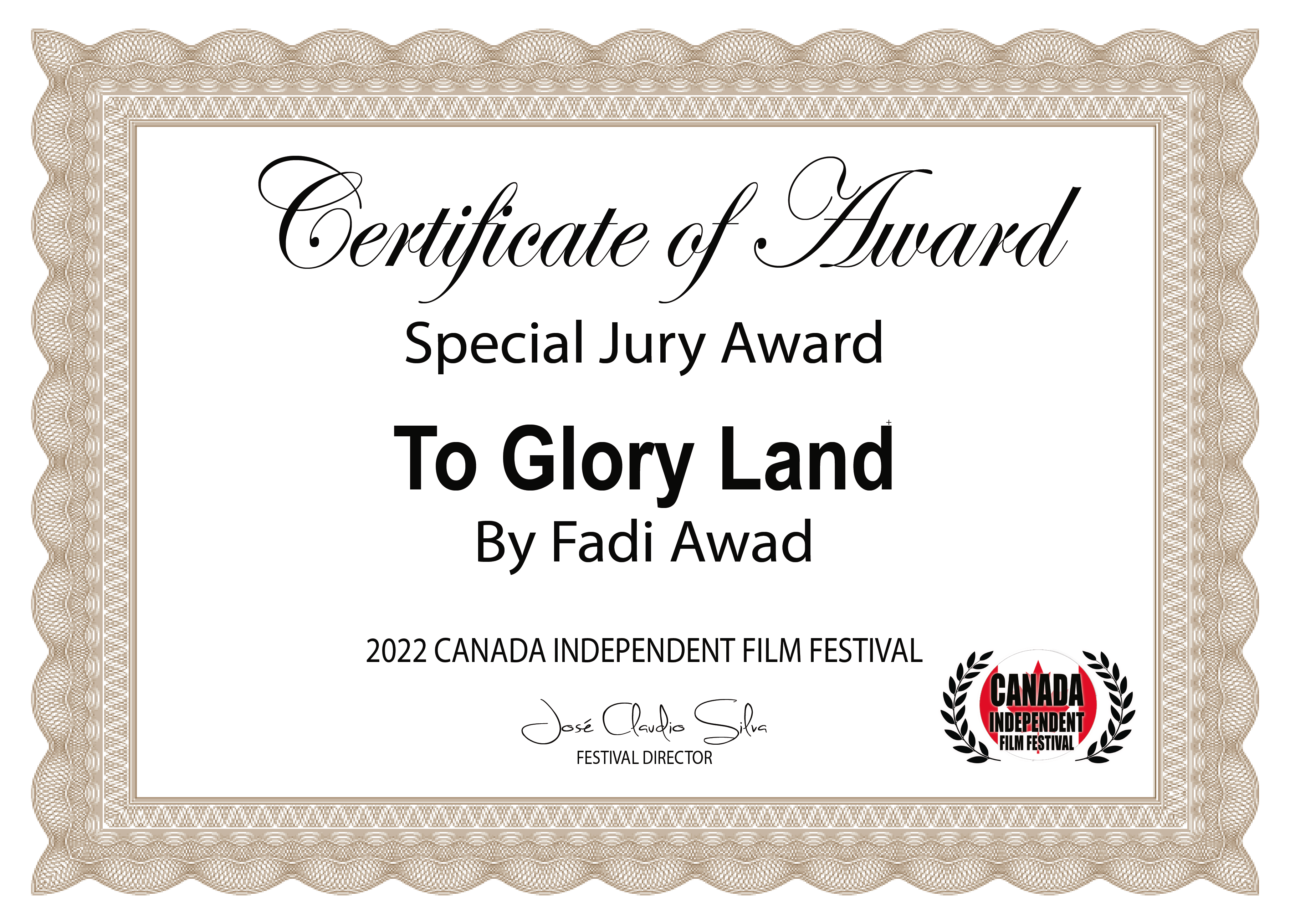 On 24 of April 2022, the results of “CANADA INDEPENDENT FILM FESTIVAL” have been announced from Toronto – Canada, and between the winners’ names it was good to see The Multi-Awards Winner and The Multi-Charted Artist Fadi Awad winning the “SPECIAL JURY AWARD” with his Masterpiece “To Glory Land”!

In a related press interview on “Kiss Intl 107.7”, Fadi thanked the Organizers and Judges of that main event for the appreciation, as well as Everyone for their valuable continuous support, and added: “It’s good to win at home my 60th Trophy in that very important event. I’m so honored to have won these Trophies in top valuable Awards events worldwide. We always receive many invitations from many countries to participate in their Awards events, but my team and I only choose to participate in the best and the most competitive in order to advance successfully in my career… I’m mostly busy these days managing and supporting everything inside “Fadko Royal Media Group”, that’s why I didn’t release any new original official production recently… Yes, I will keep on participating in important Awards events but not as much as I already did, especially that I don’t like to participate again where I already won. My door is always open, and I will keep on helping other serious industry people to achieve their own goals successfully, while continuing to run my own media group.”

Congratulations to another well-deserved winning result for Fadi Awad, and this time with his Masterpiece “To Glory Land” that is truly epic and rich from every side!