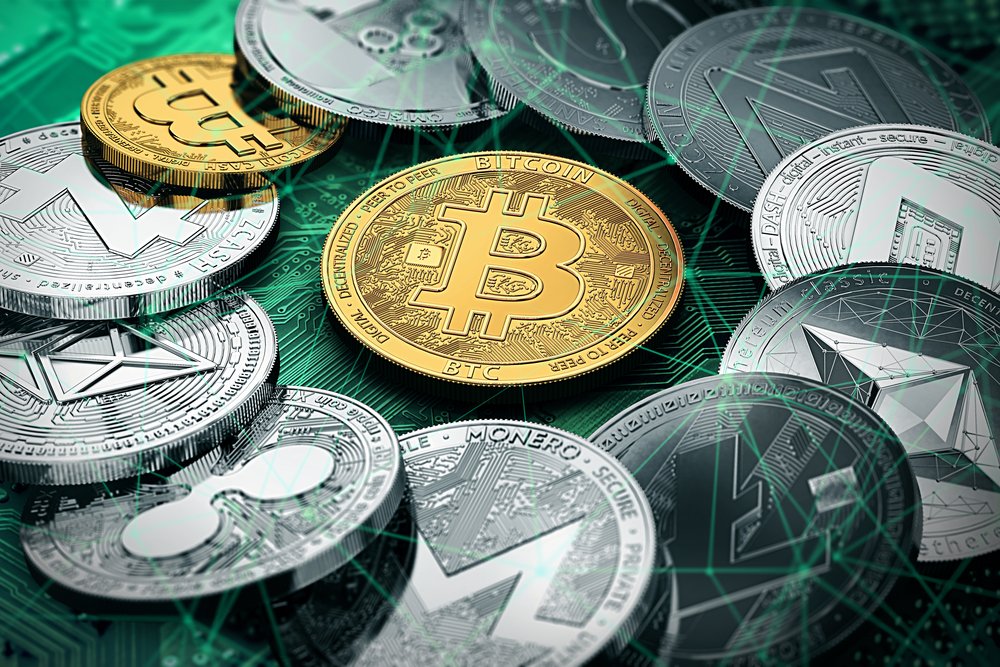 Cryptocurrencies and blockchain technology are topics that every financial expert is now interested in. Bitcoin, a cryptocurrency and worldwide payment system has become the first decentralized digital currency and works without a central bank or single administrator.

Cryptocurrency is a digital currency in which encryption techniques are used to regulate the generation of units of currency and verify the transfer of funds, operating independently of a central bank.

A blockchain is a continuously growing list of records, called blocks, which are linked and secured using cryptography. Each block typically contains a hash pointer as a link to a previous block, a timestamp and transaction data. By design, blockchains are inherently resistant to modification of the data. For use as a distributed ledger, a blockchain is typically managed by a peer-to-peer network collectively adhering to a protocol for validating new blocks.

Julia Morrongiello, an investor at Global Founders Capital, a stage agnostic venture fund recently wrote an article about the future of cryptocurrencies and the blockchain technology in Forbes. In the article she mentions that 2018 is set to be another breakthrough year for cryptocurrencies and makes 4 predictions.

The cryptocurrency market is expected to continue to grow as institutional capital gets involved.

Morrongiello mentions that the bringing cryptocurrencies closer to traditional financial markets would add legitimacy to a previously notorious asset class. She added that Goldman Sachs was among one of the first institutions to announce that it would clear futures for its clients on a case by case basis and is set to launch a cryptocurrency trading desk by mid-2018.

“Other institutions will undoubtedly follow suit as clients demand access to cryptocurrencies and as the infrastructure required to trade them at an institutional level is built out. This includes exchanges offering much-needed compliance and security tools as well as appropriate insurance products,” she said. This could mean that bitcoin and cryptocurrency will remain in the spotlight.

Another factor mentioned is that many new crypto funds would be launched in 2018 and along with new new crypto asset investment vehicles like futures, ETFs and mutual funds, the market will open up to bring in even the most conservative investor.

ICOs will professionalize as experienced investors move into the market

An Initial Coin Offering, also commonly referred to as ICO, is a fundraising mechanism in which new projects sell their underlying crypto tokens in exchange for bitcoin and ether. It’s somewhat similar to an Initial Public Offering (IPO) in which investors purchase shares of a company.

“Last year was a bull year for ICOs. Unprecedented amounts of capital were raised with some projects such as Filecoin and Tezos raising over $200m in a single round of funding. Of the 230 ICOs in 2017, many took place off the back of nothing more than an idea (usually formulated in a white paper), a team of developers, and little to no due diligence,” the article said.  This could mean that more experienced investors will get involved in this process. As ICOs become more professional, they are more likely to bring in better investors.

“The professionalization of ICOs will be bolstered by the rise of SAFTs (Simple Agreement for Future Token Sales), investment contracts geared towards pre-product, pre-ICO fundraises and accessible to accredited investors only. In a SAFT sale, no coins are ever sold. Instead, money is exchanged for a traditional paper contract that promises access to a future product,” Morrongiello said.

Even though professionalization is expected to happen in ICOs, there is likely to be increased regulation across the world. While China and South Korea have already banned ICOs, other jurisdictions are likely to follow suit according to the article.

“Over the course of the next year, other jurisdictions are likely to follow suit leading to a slowdown in ICOs in the short term. This, in turn, will result in an increase in “jurisdiction arbitrage” as crypto companies flock to countries such Switzerland and Luxembourg where cryptocurrency and ICO regulations are less stringent,”

This could lead to trading of cryptocurrencies coming under further scrutiny and online platforms will be required to carry out process to ensure due diligence and monitor transactions. This could lead to fall in trading volumes and likely even prices in the short term.

Morrongiello expects that as users become increasingly aware of Bitcoin and Ethereum’s shortcomings they will seek out alternatives leading to the rise of other currencies and platforms. “Litecoin, Ripple, Monero and Zcash have already proven to be attractive alternatives to bitcoin. 2018 will see the launch of a host of new currencies such as Chia, a “better Bitcoin”. Founded by the inventor of BitTorrent, Chia is set to offer more reliable, eco-friendly mining and security measures. Likewise, Ethereum’s position as the leading smart contract platform will start to be challenged by newer platforms such as NEO and Cardano,” she said

The article concluded that in 2018 new currencies and platforms are expected to emerge, experienced investors and financial institutions will move into the market and regulators will take a stance. 2018 will be the year that cryptocurrencies become embedded in the traditional financial system.