20 of the Best Conservative Podcasts 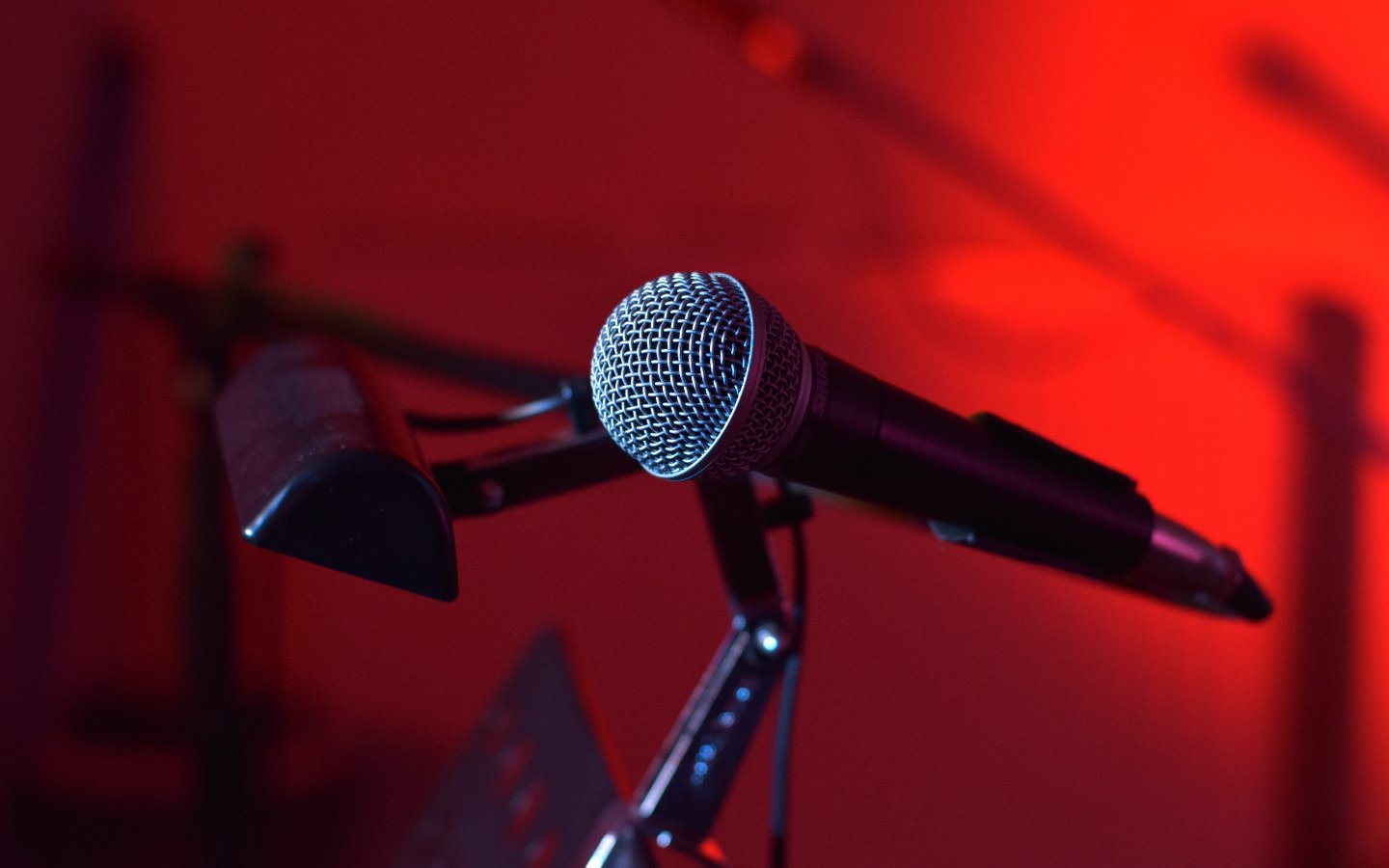 Continuing our series on podcasts, this week, we’ve got a list of some of the most famous American conservative podcasts—these range from the well known to the more obscure.

The United States of America has a rich history unique to its people, but some things in the world unite us. One of these things- a love for podcasts! Podcasts have been around for decades now, and they’re only growing in popularity. Whether you want to listen to someone else’s point of view or learn something new, this list will help you find your next favourite podcast.

So how we’ve ranked these 20? We looked at who was being written about the most and tallied them up. So in rough order, here are the 20 most mentioned podcasts.

Pretty much a household name at this point. Glenn Beck is an American conservative political commentator, radio host, and television producer and author, who is also the founder of television and radio network TheBlaze. Each episode of his program contains storytelling, insight and a unique perspective on American’s culture and politics. Glenn Beck’s quick wit, candid opinions and personality have made this one of the most popular radio programs in the country.

The Glenn Beck Program podcast is produced by a conservative commentator and TV host, Glenn Beck. The show was first aired in 2000 on CNN Headline News, and then it moved to Fox News in 2005. It has become one of the most successful radio programs since its debut, with millions of listeners tuning every day from around the world.

Hosts Mollie Hemingway, David Harsanyi, and Mary Katharine Ham, Domenech talk politics, culture, religion, and entertainment. It features in-depth conversations with journalists, scholars, authors, politicians, and thinkers of all stripes. It seems to come out about twice a week.

The Federalist Radio Hour is a podcast hosted by Ben Domenech, publisher of The Federalist and co-founder of the Texas Tribune. What began as an experiment to see if podcasts could be used to get people interested in what was happening in Washington turned out to be something much more than that. It has become one of the most popular political podcasts on iTunes in just two years, with over 1 million downloads per month and 130 episodes aired so far.

The Remnant With Jonah Goldberg

Jonah Goldberg, the founder and editor-in-chief of The Dispatch, mixes history, pop culture, rank-punditry, political philosophy and book plugging. His show features a cast of names you know and wish you did. They promise “the kinds of conversations we wish they had on cable-TV shout shows.”

Jonah Goldberg, author of “Liberal Fascism,” “The Tyranny of Cliches,” and many other books, has a podcast where he interviews people from all walks of life.

Rush Limbaugh and Sean Hannity have endorsed his books. According to the Talkers’ trade industry magazine, Mark Levin’s listenership is tied with Glenn Beck’s show as the fourth most-listened-to talk radio show in the United States.

Mark Levin is a conservative talk radio host, and his show has been on the air for over 20 years. This podcast is an hour-long, every weekday evening at 7 pm EST. If you’re looking to get up-to-date with what’s going on in Washington or want to listen to a great political discussion, this would be the place for you.

A member of the Radio Hall of Fame, Rush Limbaugh is pretty much a household name. This podcast is described as “What’s happened since Rush Limbaugh signed off yesterday afternoon?” It’s a way to get caught up at the start of your day.

Rush Limbaugh was a conservative radio show host (he died in February 2021) with over 20 million listeners per week and one of the most listened-to talk show hosts in America. He had a long career as an entertainer, television personality, author, political commentator, and entrepreneur. His weekly three-hour program on Premiere Radio Networks aired live across the United States from 11 am to 2 pm EST.

A Monday thru Friday podcast on culture and politics, The Daily Wire founder has “the most popular conservative podcast on iTunes”, according to TheOutline.com.

Ben Shapiro is a conservative political commentator and editor-in-chief of The Daily Wire. His show, which airs on SiriusXM, has been rated one of the top five podcasts in America by iTunes.

Hugh Hewitt hosts a show that brings together political commentary and analysis from leading conservative talk-radio hosts. Each episode provides a recap of the week’s political events.

What started as a weekly conversation about politics in America with two friends has grown into one of the most popular podcasts on iTunes.

Since 2001, Laura Ingraham has been exposing the crazy world of media in her nationally syndicated radio show. Join her three days a week as she covers politics, pop culture and media bias.

Laura Ingraham is a big name in conservative media. She has been providing her listeners with an intimate look into the lives of influential conservatives for over 20 years. Her show, The Laura Ingraham Podcast, features interviews with politicians and other high-profile individuals from across the political spectrum.

The Tom Woods Show podcast is an hour-long talk show about economics, politics, and culture. The show’s host, historian and economist Thomas E. Woods Jr., discuss these subjects with various guests from different backgrounds and walks of life.

National Radio Hall of Fame Inductee Dr Michael Savage serves up a “bold perspective on American ideals, the truth about liberalism and national security, and what is happening with today’s politics.”

The Savage Nation podcast is a nationally syndicated talk radio show broadcast to more than 400 stations. Host Michael Savage, the “Savage American,” has been broadcasting for over three decades, and his listenership reaches as high as 20 million people per week. The show features commentary on current events, politics, society, religion, and values, ranging from terrorism to healthcare reform.

Get Off My Lawn Podcast w/ Gavin McInnes.

The Get Off My Lawn Podcast with Gavin McInnes is one of the most popular podcasts on iTunes from the guy who brought you hipster-bible Vice Magazine. It is a weekly podcast where they discuss current events, politics, and culture. The show has had some impressive guests such as Tucker Carlson and Jordan Peterson.

A former Secret Service Agent, NYPD officer, congressional candidate and author. In 2013 he wrote Life Inside the Bubble about his experiences protecting presidents George W. Bush and Barack Obama as a Secret Service member. His podcast “tackles the hottest political issues, debunking both liberal and Republican establishment rhetoric.”

If you are a student and have trouble staying up on current events, Dan Bongino is your guy. This podcast has been around since 2007 and is updated every weekday with the latest developments in politics, world affairs, law enforcement, religion, culture, science etc. The podcast is available for free on iTunes or by subscribing to their email newsletter.

Matt Walsh “gives you a no-holds-barred take on today’s cultural, religious, and political issues.” The Matt Walsh Show is a talk show hosted by conservative commentator and blogger Matt Walsh. The show features discussions on politics, culture, and current events. It has been described as “a one-stop-shop for everything you need to know about the world without fear of liberal bias.”

Fox News’s Sean Hannity also needs no introduction; his daily podcast gives his unique take on events in the USA.

Sean Hannity is a conservative political commentator who hosts the number one show on cable news. If you tune in to his show, you will hear about the latest trends and events across America that affect ordinary Americans. His show covers everything from politics to entertainment, to sports, and more.

From the American Conservative University (Prager U) comes fun learning from the best talent around the world. All free.

Each episode has three segments: a lecture from one of our esteemed professors, a student interview with someone who shares his or her experience in academia, and lastly, a personal essay written by either Professor Dennis Prager or another guest speaker.

On his long-running show, Andrew Klavan “laughs his way through Armageddon with political satire, cultural commentary, interviews and more.”

The Andrew Klavan Show is a podcast that presents the author and conservative talk show host’s commentary on current events, politics, and culture. The show airs live every weekday at 6:00 pm Pacific Time from his office in Los Angeles.

Buck Sexton “He speaks truth to power and cuts through the liberal nonsense coming from the mainstream media.”

The Buck Sexton Show is a show that offers the latest analysis of the day’s most important topics. It airs live on weekdays from 3-6 pm Eastern and 12-3 pm Pacific. The hosts are Buck Sexton, co-host Katie Pavlich, and guest analysts: Oliver North, Bill Whittle, Monica Crowley, Sebastian Gorka.

The Dana Show with Dana Loesch

Dana Loesch is a conservative talk show host and has been one for over 10 years. She’s had to deal with the criticism of liberals her entire career, but she’s never backed down from a fight. The Dana Show was born out of an idea that would give her more time to devote to the issues conservatives care about most on top of responding immediately in real-time.

Come for the conversation. Stay for the “covfefe”. The Michael Knowles Show goes beyond the headline, analyzing the day’s top cultural and political issues.

The Michael Knowles Show is a podcast that presents conservative ideas and values. The show has quickly gained popularity in the past few months, with over 500,000 downloads per episode.

The Joe Rogan Experience podcast is a long-form conversation between comedian and UFC commentator Joe Rogan and his guests. The show has been on the air since 2009, with over 1,000 episodes in its archives.

Joe Rogan is a standup comic who began his career as an actor on the television series “Hardball” (1989). He later moved to Los Angeles, where he became involved in martial arts and comedy.

Rogan’s first big break came when he appeared on NBC’s hit game show “Fear Factor” from 2001 to 2006. From there, Rogan went into hosting for other television shows such as Spike TV’s “Deadliest Warrior” series (2009) and Comedy Central’s

Well, there you have it, while you’ve probably heard a few of these names. Hopefully, you found some new podcasts to listen to. Here are some honourable mentions: The Dennis Miller Option, the Emmy Award-winning comedian, serves up his hot takes on daily events. A bit of CanCon, the Jordan B. Peterson Podcast is probably the best-known professor to come out of the University of Toronto since Marshall McLuhan.  And for some libertarian dash, The Reason Podcast was mentioned a lot on Reddit.