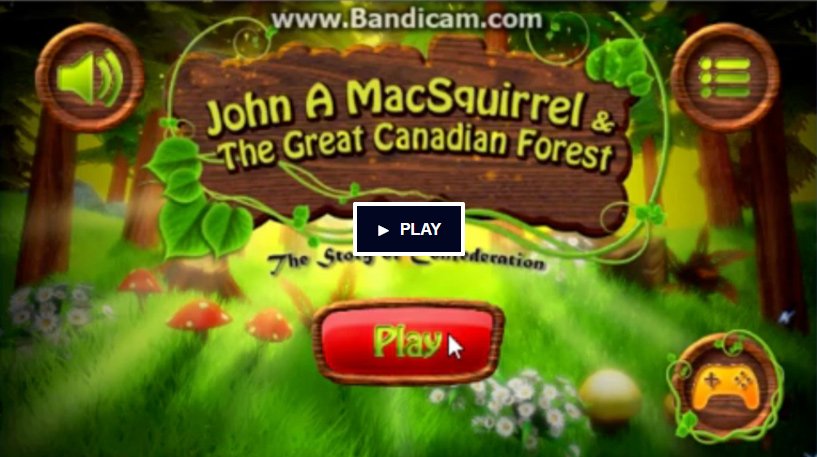 The goal Kickstarter project is to take a book originally written by Scott about 13 years ago and make it a digital adventure.

2017 is the 150th anniversary of the founding of modern Canada and there are many events planned throughout the year. If you’re looking to support one, consider this one: the Canadian Legends Interactive eBook by local Vancouver artist and entrepreneur Scott Ellis.

In the book, the story of the Confederation of Canada is told with animal characters standing in for real historical Canadians and true events are referenced in the context of the story set in a great woods. New for the 2017 version is interactive elements that readers have to complete to move to the next chapter.

The goal Kickstarter project is to take a book originally written by Scott about 13 years ago and make it a digital adventure. As part of the 2017 celebrations, the author has assembled a team to turn this children’s book into an interactive eBook app with interactive elements at the end of each chapter. Money raised by this project will go towards completion of the interactive games that go along with each chapter of the story.If you’re not familiar with Kickstarter, founded in 2009, it’s an American company that was one of the first global crowdfunding platforms focused on creativity. The goal is to raise $3000 to complete the interactive games that appear at the end of each chapter of the book, as the artwork is already prepared.

You can show your Canadian spirit by supporting the project. All donations of $20 or more will receive a copy of the Canadian Legends Interactive eBook