Calgary’s New Skyscraper Could Be Short on Tenants 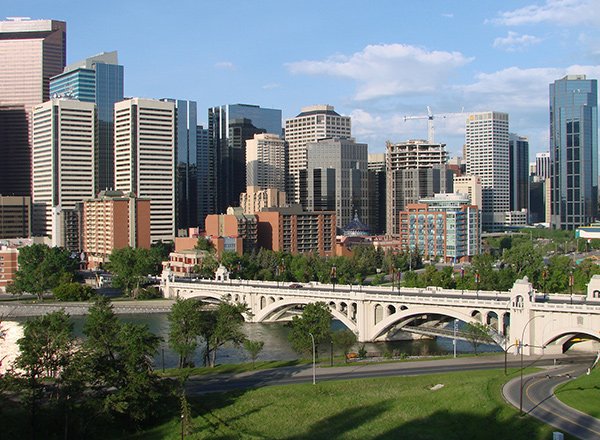 New Skyscraper Being Constructed in Calgary Is Expected to Be the City’s Tallest, but Unlikely to Be Full With Tenants.

Brookfield Place is a new skyscraper being constructed in Calgary and is expected to be the city’s tallest edifice. However, it is unlikely to be full with tenants.

The building, which costs an approximate $1.3 billion, could have some empty spaces. Its largest tenant, oil sands producer Cenovus Energy said it would not need the space it had previously agreed to occupy in 2013. This could be directly attributed to the present day Oil prices.

With 56 floor levels, Brookfield Place is set to eclipse the crescent-shaped Bow tower is Calgary’s tallest building. Cenovus Energy had previously agreed to lease 71 per cent of the 1.4 million square feet of office space in the skyscraper.

“We don’t need as much space as we initially thought,” Cenovus spokesperson Rhona DelFrari said.

Cenovus said it was actively trying to sublet its office spaces. Still, they did not confirm whether it included the company’s corporate headquarters at the Bow or its new offices at Brookfield Place. Recently, Cenovus’ CEO Brian Ferguson said that the company was actively looking to reduce and improve costs in all aspects of the business, including leasing costs.

The company, which laid off 1,500 people last year, is further expected to reduce staff to survive oil prices collapse. In an SEC filing, the company said it might sell up to US$5 billion of stock, debt or other securities.

According to experts, the lease cannot be broken and given the state of the Calgary office real estate market. It is unlikely Brookfield Place would be willing to renegotiate any of its tenants’ leases.

The office space lease market remains very slow as more companies cut down on staff members and expenses. Hence, Cenovus will not have an easy time finding a sublease for its office spaces as there are significant vacancies in office spaces across the city.