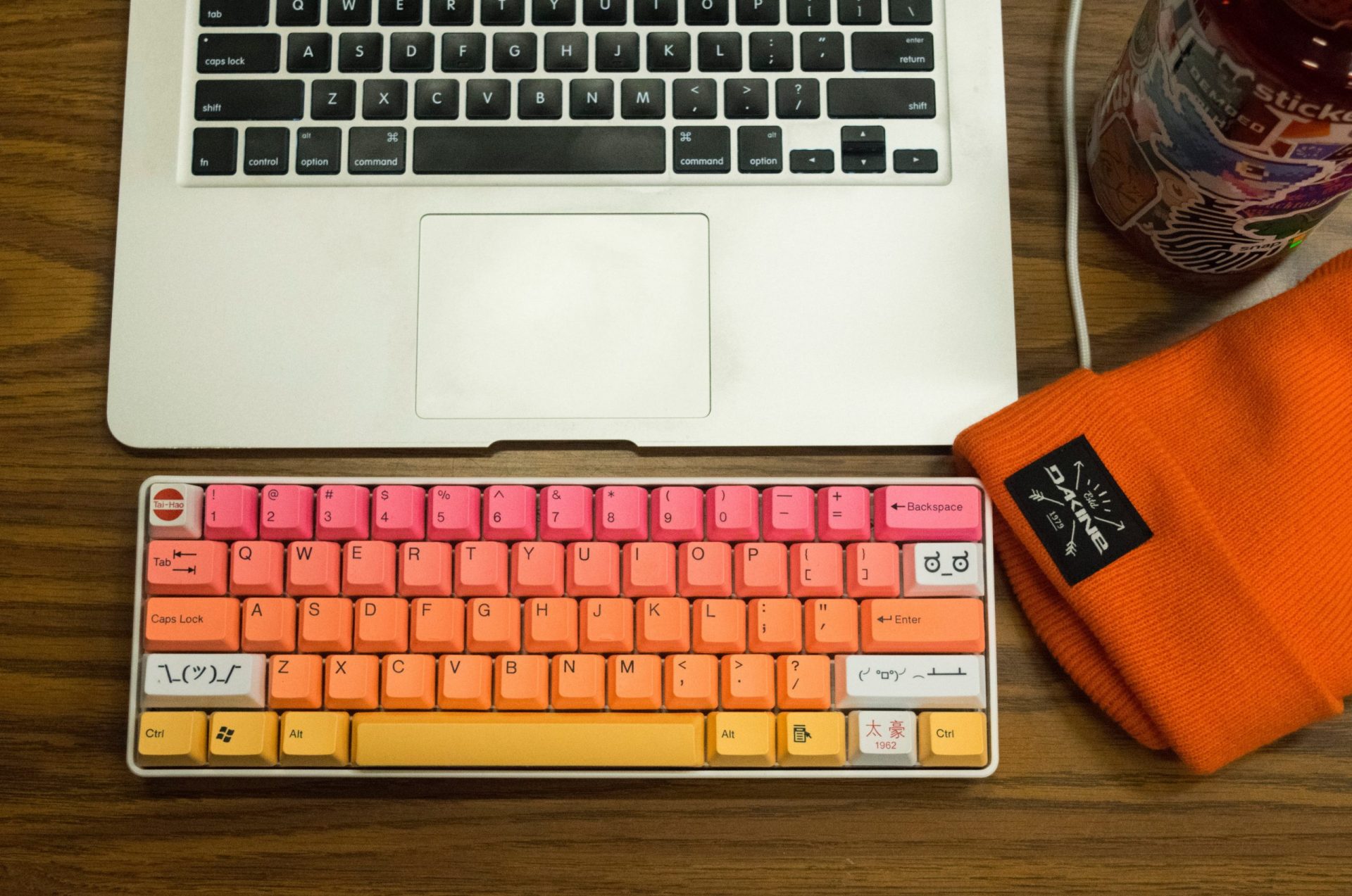 When picking a keyboard for writing, there are no shortages of choices. In this article, we’re going to look into some factors to consider when choosing a keyboard.

The keyboard you use can significantly affect how quickly and accurately you type. The best keyboards should be ergonomic, soft to the touch, and have responsive keys that don’t require much force when typing.

Factors like mechanical or membrane, extras like backlighting, ergonomic keyboards versus rectangular keyboards and keyboards at different price points. Let’s get started.

Here are our top picks for Keyboards for Writers

This list comes from research of what other best-off guides have recommended and Amazon bestseller lists.

There are two types of keyboards on the market today, mechanical and membrane.

The main disadvantages of a mechanical keyboard are price, weight and noise. Some users will insist that the noise and weight are the features that make them desirable as the noise provides audible feedback, and the weight makes them feel more solid. If you’re a writer or a gamer, these are their choice for computer keyboards.

What is a Membrane Keyboard?

A membrane keyboard is a design where the keys are printed on a flexible layer, usually plastic. This is the part the user presses on. Below it is two layers, a membrane with holes where the keys are that, when pressed, make contact with the third conductive layer. This design’s advantage is they are very durable and easy to clean, as the only exposed part is just a plastic sheet. Today this makes the design popular for applications like toys or outdoor equipment, where a rugged keyboard is needed, whether it’s the elements or overactive pre-schoolers. Also, the cost of manufacturing them is less than a traditional keyboard, which was one reason many of the first generations of home computers, like the Sinclair ZX81 and Atari 400, used them.

While a membrane keyboard isn’t the best choice for writers, technology has improved since the 1980s, so there are several good membrane keyboards for gaming, and general use is still available.

What are the disadvantages of a Membrane Keyboard?

On the other hand, the advantages of Membrane keyboards include

What is a mechanical keyboard?

The term is used for any keyboard consisting of separate keys, including monoblock designs. Earlier computers used keyboards with a mechanical switch under every key, and this mechanical action is what gave them a satisfying click sound when struck. Think of any movie with an old newspaper office, and you can hear that sound of mechanical keyboards being used. The distance the key moved (called “Travel Distance”) as it was pressed down gives the user more feedback, and this tactile feedback makes for a better typing experience than many writers find.

To cut costs, “monoblock” style keyboards appeared later. These replaced the individual switch under each key with a single electrical circuit that ran under all the keys to detect key presses. As you can guess, this was cheaper to manufacture and became the industry standard for all personal computers.

Monoblock keyboards work in a similar way to a touch screen cell phone. There’s a single switch under all the keys, which relies more on sensitivity than a mechanical keyboard. Once one key wears out, the keyboard is dead.

What are the advantages of a mechanical keyboard?

What are the disadvantages of a mechanical keyboard?

For more tips on keeping your keyboard in good shape, see this article for more things you shouldn’t do to your keyboard.

Other features to look for

Do you do a lot of data entry? Consider a keyboard with a number pad. Some stand-alone numeric keypads are also available, handy if you’re on the road a lot and need to enter data onto your laptop.

Also, if you spend a lot of time at the keyboard, try an ergonomic keyboard. These look a bit strange (and take up a bit more desk room) but are designed to support and put your hands and wrists in a healthier position.

Are there mechanical keyboards for laptops?

Yes, there are two designs, one called a “Butterfly” mechanism, and another called a Scissor. The problem with both is it’s a low-travel switch, so you lose one of the essential features of authentic mechanical keyboards. Some gaming brands like MSI, Gigabyte, and Acer have released fully mechanical laptop options, but they’re pricy.

How do you connect to your computer?

The most common connections these days are USB or Bluetooth. If you’re using an iPad or another tablet or don’t like more cord clutter than needed, then look for a Bluetooth wireless keyboard.

In case you’re wondering about range, Bluetooth (both the original and LE work over 100m – that’s much further than most people can read a screen from). There are also mouse and keyboard combos available for even less cord-clutter.

Do you need backlighting?

These days, it’s a standard feature that most manufacturers have. A backlit keyboard contains a light underneath the keys, illuminating the letters to make them visible in low-light environments. If you’re a touch typist, you probably don’t need it as your hands know where to go. Backlit keyboards are also found on many desktops, including many of the keyboards listed at the start of this article. Check the specs for which ones include it.

Most recent Macbook models have backlighting. You can check if your Mac’s keyboard has backlighting in the settings.

However, if that’s out of your budget, quality membrane keyboards are also available. Here’s to finding your best keyboard.

Photo by Paul Esch-Laurent on Unsplash