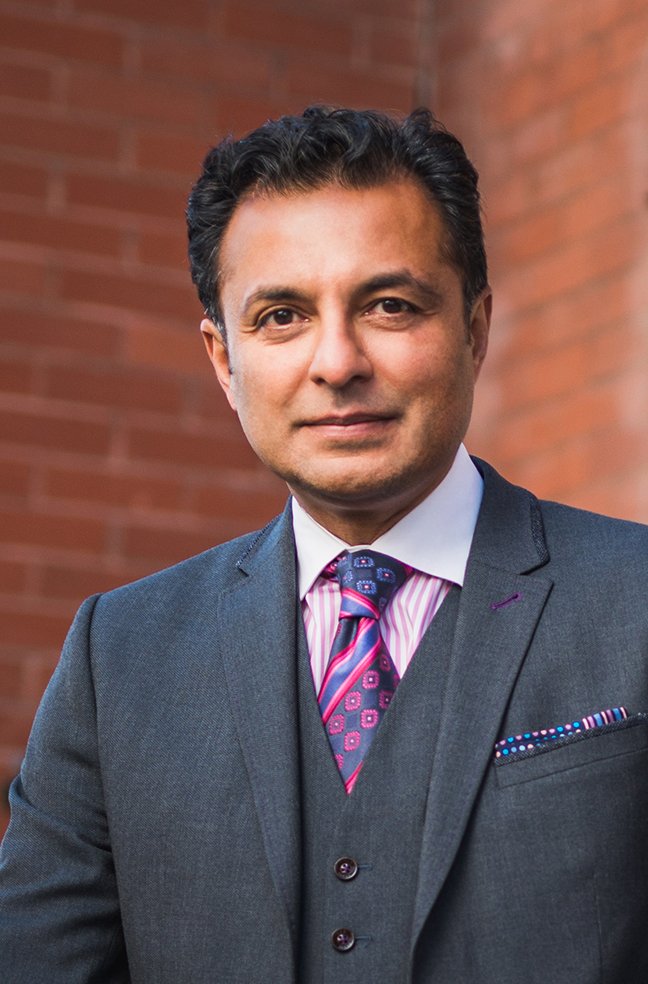 Calgary tycoon Riaz Mamdani was saved from a fatal bullet wound as his American Express card in his suit vest blocked the bullet. The high end “black card” a credit card made of titanium prevented the bullet from entering his heart.

He was shot inside his black Rolls-Royce outside his home at one of Calgary’s most expensive neighborhoods. Riaz Mamdani is the chief executive and founder of Strategic Group, a real estate investment and development company located in Calgary, Canada. In the 1990s, Mamdani gained recognition in Calgary as a financier of various startups before shifting his business efforts in the early 2000s to real estate. In part as a result of Mamdani’s success in real estate, he is considered “one of Calgary’s wealthiest men”.

Mamdani was reportedly shot 6 times but still managed to call 911 and wait for help to arrive. The police described the shooting as “near-fatal” and “attempted murder”. Photos of the Titanium made Amex card showed twisted metal stuck on it. While police personal dint comment on the metal card saving Mamdani’s life it was evident from photos that the card had played a role.

Photos were also released of a burned white Hyundai Santa Fe SUV which the shooter used to flee. It was reportedly set on fire to destroy any evidence that the gunman may have left behind.

The motive for the attempted murder still remained a mystery as the police refused to confirm any rumors. The billionaire victim refused to talk to the media about his lucky credit card or about any rumors surrounding the incident.

However it was revealed that he was injured in his chest, left cheek, lower lip, left ear and left arm after bullets passed through the car’s windows. Mamdani has since recovered from his wounds and has reportedly been very co-operative with the investigation.

He remains one of Alberta’s largest private owners of commercial property and has been involved in many lawsuits over his real estate dealings.