A Few Reasons Why You Should Never Declaw Your Cat 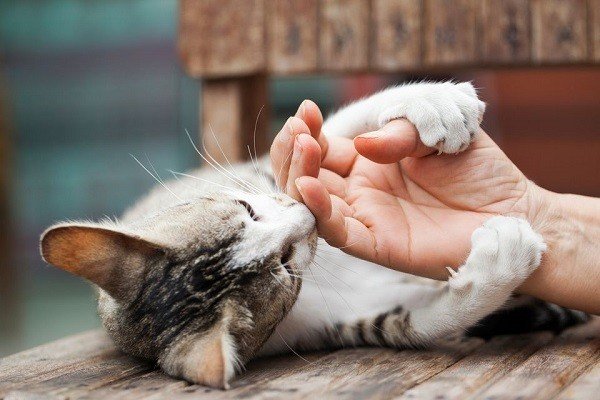 Cats are unique creatures, and they can make some of the best pets around, rivalled only by dogs in their popularity. That being said, it is well-known that cats are finicky creatures, and it can be a bit of a challenge to be a good owner, especially if you have never owned one of them before.

There are many aspects to managing a cat’s life, such as ensuring that they know how to use the litter box in your home, keeping them adequately occupied, and so much more. You have to consider cats because they can sometimes hurt you without intending to, and they can do so in a few different ways.

Biting isn’t so much of a concern with cats as they don’t do so very often, though when they do, it is important to get the wound checked for any signs of infection. However, a much more common occurrence for cat owners is getting scratched, as cats have rather sharp claws that can come out unexpectedly.

There are more reasons why your cat’s claws can inconvenience you beyond potentially hurting you, such as your cat scratching furniture and other items around your house. Some owners find that declawing their cats is the best way to ensure that they don’t run into any trouble.

Kitten clawing is the process where a cat’s claws come in, and declawing is the opposite, where the claws of a cat are removed by a veterinarian. There are a few different ways that the procedure is performed, but the result is always the same: the cat is left without its claws, and that can cause some issues. 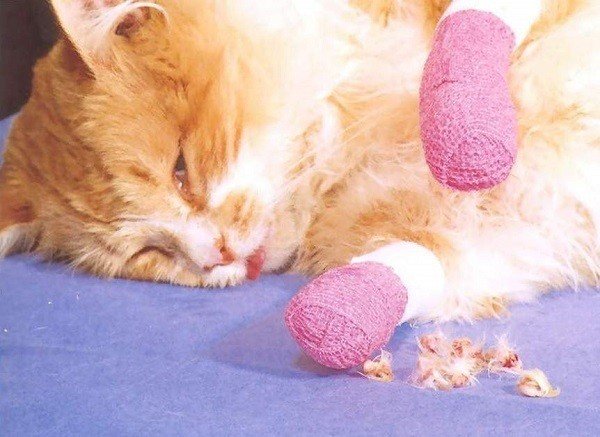 While it may sound attractive to own a cat without any claws, as that will cause you fewer issues, you will have to think about your pet, as cats are still living creatures. There are a few reasons you would want to avoid declawing your cat, and they are all rather severe, even though there are pros to the process.

Why Do Owners Get Their Cats Declawed?

Many owners are interested in stopping cats from scratching furniture, and they often decide that some of the other solutions are a little too complicated. For example, taking out a cat’s claws ensures that they won’t scratch furniture again, but they also won’t ever be able to scratch anything else.

Some owners may think declawing their cats are like people having their nails trimmed, but no comparison can be drawn between these things. One is a permanent procedure, and the other is done to make things more convenient for us. So let’s look at why you won’t want to do this.

Why You Should Avoid Declawing Your Cat

Up until this point, declawing may look like an attractive proposition to you, as there are admittedly a few upsides to doing so, but you’ll soon learn why you will want to avoid it. First off, you have to consider that a cat’s claws are integral to how it lives its life, and they have many instincts associated with them.

Since cat declawing is done by many owners looking for keeping cats from scratching furniture, they are likely aware of cats? Strong scratching instincts. Something deeply ingrained in a cat’s mind cannot be removed through a procedure like declawing. 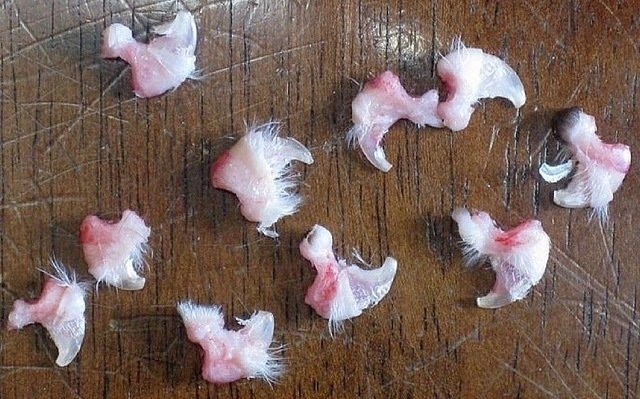 Of course, ruining your cat’s instincts is only one of the reasons why you should try to avoid declawing your feline friend at all costs. There is also the ethical issue: who is to say that we have the right to subject cats to a painful procedure to make things more convenient for us?

The pain you will cause your cat through declawing isn’t only a moral issue, but it may also eventually result in your pet suffering from mental and trust problems. In addition, when you subject a cat to something as traumatic as declawing, you can expect your pet to react adversely to the procedure.

While many cats will not act too differently after being declawed, there is no guarantee that your pet will be the same. For example, some cats may stop trusting their owners after their claws are removed, while others will start acting erratically, with the results usually being unpredictable.

How To Prevent Compulsive Scratching

Since declawing is often a reaction to cats scratching everything they find around the home, you may wonder about some actual solutions to the problem instead of things like declawing. There are a few ways that you can stop your cat from scratching things around your house.

First off, you have to understand why your cat wants to scratch everything around the house, and that is due to its instincts. Cat scratching developed as a result of felines? They need to keep their cats sharp, and the best way to do so is to hone them on something like your furniture (or rocks, in the wild).

As you can imagine, the best way to prevent your cat from scratching your furniture is to find something else to scratch. One of the more popular options for getting cats to stop scratching your things is to purchase a scratching post, which is exactly what you would imagine from the name. 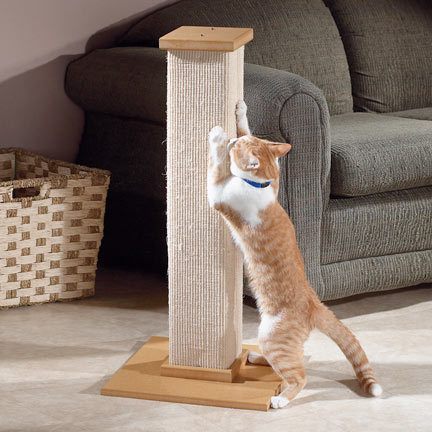 A scratching post is a product that is often attractive to cats through the use of catnip, and they feature sides that are meant to be scratched by cats to keep their claws sharp. If you position a few scratching posts strategically around your house, you will decrease the number of scratching problems you face.

We hope that we have provided you with some reasons why you should always avoid declawing your cat. Thank you for your time, and feel free to leave a comment down below to let us know what you think.